Things shook up in a hurry. We are less than two days away from WrestleMania 36 and this time around that means a lot of different things at once. One of the biggest changes is going to be the lack of anything taking place live as the entire show has been taped in advance. That isn’t something that can be fixed now, but the show is still not what was originally planned. Now we have a better idea of how that went down.

Last week, WrestleMania 36 was taped with Roman Reigns not facing Goldberg as was originally planned. Reigns was reported to have stepped out of the match due to fears of becoming infected with the Coronavirus, which could be worse for him due to his previous battle with leukemia. That is something that is understandable, but now we know some of the details of how the situation took place.

According to F4WOnline.com, Reigns appeared at last week’s SmackDown but found out that the Miz was sick when he arrived to the building. As a result, Reigns and the Usos came to the conclusion that Reigns should not be there any longer due to his weakened immune system. Reigns went to the company’s officials and said that he was not comfortable with wrestling and was allowed to leave. There is no word on when Reigns will be wrestling or appearing for WWE again. However, it is not suggested that WWE is angry at him in any way over his decision.

Reigns has a big WrestleMania resume. Check out some of his better moments:

Opinion: I’m not sure what this is going to mean for Reigns in the future but at the same time, he can only do so much in his condition. That is the kind of thing that doesn’t have a precedent so I’m not sure what else Reigns can do. At the end of the day, Reigns’ health and safety are more important than anything he can do in the ring, so having him leave is the right move, even if WWE and the fans might not be happy about it.

What do you see next for Reigns? What should he do when he returns? Let us know in the comments below. 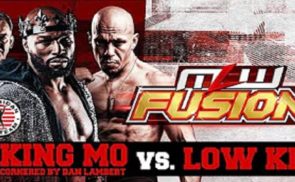