Keep it in the family. There are certain wrestling families that have been around for a long time with all kinds of members. Names such as the Anoa’i and Hart families have been around for a very long time and still have members debuting even in modern times. Some of these might have more success than others, but now we might be seeing a new family get itself further established.

During a recent appearance on Stories With Bradshaw And Brisco, former WWE star Santino Marella announced that his daughter, Bianca Carelli, has signed with WWE. Marella said that she will be starting at the Performance Center in two weeks and mentioned that Carelli has a background in television and was Ms. Teen Ontario. She made her debut in 2020 and has wrestled for the NWA at its Empower event.

Opinion: I’m not sure what Carelli can do in the ring but there must be something to her if she is being signed to WWE. Having her around at the Performance Center should do some good things for her career, though she still seems to be a pretty long way off from making a major debut. Hopefully her career goes well, as she certainly seems to have some potential this early on.

What do you think of Carelli’s chances in WWE? What is your favorite wrestling family? Let us know in the comments below. 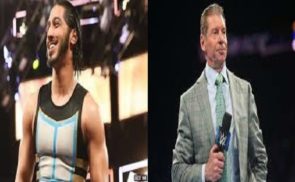 More Details On WWE/Mustafa Ali Standoff, How Long This Could Last

How A Missing WWE Producer Caused Problems At The Royal Rumble