That’s certainly different. Wrestling is very different from other forms of entertainment in a lot of ways, but at the same time, the wrestlers are all humans. That means they are going to have some problems and issues that several people outside of wrestling have as well. Some of these are medical related and one current wrestler has revealed quite the surprising condition.

Impact Wrestling has come a long way in recent years, having gone from on the brink of death to a pretty stable company, which has built up a nice roster with some fairly strong shows. A lot of that is due to the wrestlers, who are a mixture of familiar names and new talent. One of the older yet still relatively unused names has announced something rather surprising, especially given what he does for a living.

Impact Wrestling’s Crazzy Steve appeared on the House Of Hardcore podcast with Tommy Dreamer and revealed that he is blind. Steve was born with cataracts but later had them removed via surgery, allowing him to see somewhat. However he also has glaucoma, meaning that his vision continues to get worse. Steve referenced not being able to read the label on a bottle during a Wrestle House segment. He continues to wrestle full time with Impact Wrestling despite his vision issues.

Steve has wrestled in Impact Wrestling for a long time now. Check out some of his highlights:

Opinion: That’s absolutely impressive as you wouldn’t know something like this without Steve telling you about it. To be able to have such horrible vision and still have a fairly successful career is almost hard to believe but he seems to be making it work out as well as can be expected. This is a cool story and something that deserves more praise than it has gotten so far.

How impressive is this? What have you thought of his career? Let us know in the comments below. 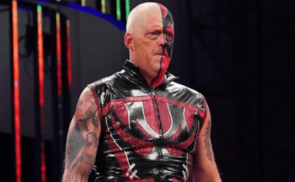