We all need a little more Bullet Club in our lives. Last week Cody Rhodes was announced as the newest member of the Bullet Club. He’s already hit the ground running as he’ll be on the card for “Wrestle Kingdom 11” on January 4, 2017 in the Tokyo Dome. New Japan Pro Wrestling sent out a Tweet today announcing Rhodes vs. Juice Robinson (formerly CJ Parker of NXT) for the show.

Rhodes has been around the circuit since leaving WWE earlier this year. He’s made stops in TNA, GFW, WCPW, Ring of Honor, Evolve and PWG. This will be his highest profile match to date as the Bullet Club is one of the top acts in New Japan and Rhodes will be featured on the biggest non-WWE show of the year.

Good for Rhodes. He wasn’t being used in WWE and now he’s going out and making a name for himself elsewhere. Maybe this doesn’t lead anywhere long term or maybe it leads back to WWE with a serious push. Rhodes may not be the most interesting character in the world but there’s certainly talent there, which can be shown off a bit better over in New Japan.

Are you looking forward to “Wrestle Kingdom 11”? Do you think Rhodes is a good fit in New Japan? Let us know in the comments below. 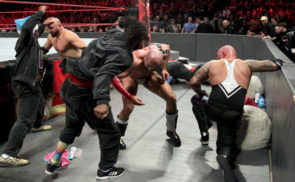 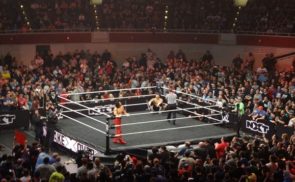