Those are fighting tweets. Over the last few weeks, the United States as well as other parts of the world have been shaken by a variety of protests and riots stemming from the death of George Floyd. The situation has turned the spotlight on a variety of issues and led to all kinds of statements from a variety of people and organizations. Some have said nothing though, and that has gotten someone called out.

There are very few wrestlers, or former wrestlers for that matter, who are as outspoken as CM Punk. Over the years, Punk has gained a reputation of saying almost anything that comes to his mind on any given subject and being willing to step on any amount of toes. That was the case this week, despite it being on a touchy subject and involving one of the biggest names in the wrestling business today.

Punk mentioned on Twitter that people are showing their real selves by not saying something during the current situations. According to 411mania.com, a fan responded to Punk, asking why AJ Styles was promoting his Mixer streams but not making any reference whatsoever about the current issues. In a since deleted tweet, Punk said “that one has been obvious for years.” Styles has not responded to Punk.

The two have never met in a WWE ring. Check out some of their work there, plus a match between them in Ring of Honor:

Opinion: This is the kind of thing that could get interesting in a hurry. I have no idea what Styles’ thoughts on the situation are, but Punk certainly seems to think something of it. The fact that he has deleted the tweet suggests that either he thinks he has gone too far with it or someone has talked to him behind the scenes. It is certainly going to get some notice though and that is interesting.

What do you think of Punk’s comments? Will Punk ever wrestle again? Let us know in the comments below. 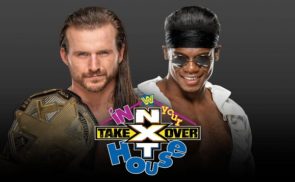