What could have been. There are certain moments in wrestling that fans are going to remember forever and that is the case for a reason. Some of these moments are just so perfectly done that they stand the test of time and very little is going to come close to them at almost any point in the future. It turns out that one of the better moments of the last twenty five years was almost very different.

Back in August 1999, Chris Jericho made his WWF debut by interrupting the Rock on Monday Night Raw. Jericho instantly came off as a star and it was clear that he was going to be a big deal. The whole segment worked out nearly perfectly as Jericho went toe to toe with the Rock on the mic and felt like a player straight out of the blocks. Jericho actually almost did something rather different.

In an interview with Inside The Ropes, Jericho revealed that his debut almost included an appearance by his WCW security guard Ralphus. Jericho had teamed with Ralphus as a comedy due for months before Jericho left the company, though Ralphus, a truck driver, stayed behind when Jericho left. Ralphus had agreed to go with Jericho, who had mentioned bringing Ralphus with him, though Jericho did not seem serious about bringing him.

Jericho can tell it better than anyone. Check out his story, the debut, and Ralphus in action:

Opinion: As someone who watched the legend of Ralphus unfold in front of me every single week, it’s amazing to imagine the idea of him debuting with Jericho. It’s certainly a good thing that they didn’t go that way, as Jericho’s debut worked so well and there was no reason to mess with anything they wound up doing. Jericho and Ralphus were fun together, but it would have felt minor league compared to Jericho on his own.

What is your favorite debut? Could Jericho’s have gone better? Let us know in the comments below. 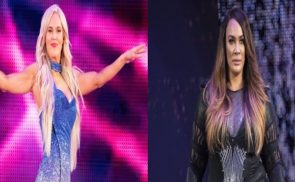 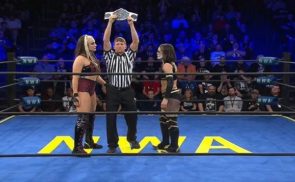 WWE And AEW Both Interested In Popular Independent Star