So that’s another one out. Last weekend, AEW made its official debut with Double Or Nothing. There were all kinds of wrestlers appearing on the show with a lot of variety to be seen all over the show. That made for some interesting performances, though one big name wasn’t there. After some issues kept a certain someone off the show, it seems that we won’t be seeing him anytime soon.

AEW has released updated advertisements for their second event Fyter Fest, which no longer feature Pac in his previously announced match. Pac had been scheduled to team with the Lucha Bros to face Kenny Omega and the Young Bucks at the event but now the graphic shows a blank space where Pac used to appear. Pac was originally scheduled to wrestle at Double Or Nothing but backed out due to creative differences. There is no word on who will be taking Pac’s place. Fyter Fest takes place on June 29.

Pac may not have been at Double Or Nothing but he wrestled an AEW performer recently. Check out his match against Adam Page from England: 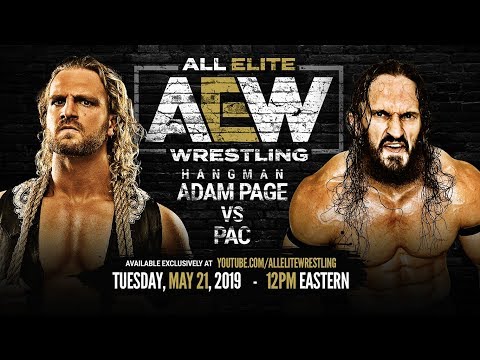 Opinion: I can’t say I’m surprised by this. If Pac wasn’t going to be at the bigger event, is it really a surprise that he won’t be at the smaller event? I can understand Pac not wanting to make his other employer unhappy, but you would think he would have figured this out a little bit closer to Double Or Nothing. Either way, it seems to have been an acceptable move on both sides so hopefully everything works out.

Do you think Pac will ever wrestle for AEW? Is he being unreasonable? Let us know in the comments below.