We Have A Challenger: New #1 Contender Crowned On This Week’s NXT

Next in line please. NXT has done an outstanding job of making their titles mean something. With so many champions on the show, it isn’t easy to make everything feel valuable but NXT has managed to pull it off. You could see an NXT Title match as a headliner but we have somehow reached the point where a simple #1 contenders match feels like a big deal. That was the case this week.

It’s hard to argue against the success that the Undisputed Era had in 2019. The team wound up holding all four major men’s titles in NXT at the end of the year and they showed no sign of slowing down in 2020. With Adam Cole, Kyle O’Reilly, Bobby Fish and Roderick Strong all holding gold, who is supposed to stop them? We found out the next step in that answer rather quickly.

This week on NXT, Keith Lee won a four way match to become the new #1 contender to Strong’s North American Title. Lee defeated Cameron Grimes, Dominick Dijakovic and Damian Priest with a Spirit Bomb to Grimes. Lee’s title match will take place in two weeks on the January 22 edition of NXT. Strong previously defended the title against Lee and Dijakovic in a triple threat match on the October 23 NXT.

Bask in his glory. Check out how Lee earned the title shot: 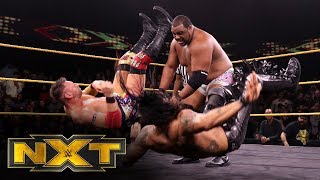 Opinion: This is the kind of thing that has to be done. Lee has looked like the star of stars over the last few months and it would be nuts for NXT not to give him some kind of big push. Just see what he can do out there on the big stage as you might have a breakout star on your hands. It is clear that there is something special to him so give him the chance with some gold and see what he can do.

Do you like this choice? Will Lee win the title? Let us know in the comments below. 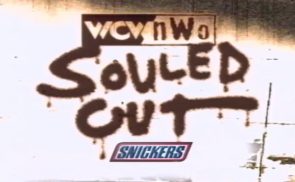