It actually happened. There is no one in the history of wrestling as powerful as Vince McMahon. Whether you like him or not, McMahon has been the force in wrestling for well over twenty years now and anything he says or does can change the industry as a whole. No one has ever had his kind of power or influence, but now two people are going to have to try.

On Friday afternoon, McMahon announced that he is officially retiring as Chairman and CEO of WWE. McMahon said that at 77 years old, it was time for him to go. He also announced that Stephanie McMahon and Nick Khan will be co-CEO, with Stephanie serving as Chairwoman. Vince will still be the majority stockholder in WWE, though there is no word on what this means for his status as head of creative. This comes amid an investigation into Vince over hush money payments for a series of alleged affairs with various women in WWE.

At 77, time for me to retire.
Thank you, WWE Universe.
Then. Now. Forever. Together. #WWE #thankful

Opinion: Well, there’s your complete game changer. At the end of the day, Vince has been the head of WWE for as long as almost anyone can remember. It is beyond jarring to see him actually step aside, but maybe that is what he had to do given the circumstances. Vince is going to be around in one way or another, but it is going to be fascinating to see what happens in WWE going forward. 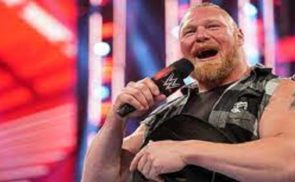