Welcome back. The WWE roster has changed several times in the last year, with all kinds of wrestlers leaving the promotion. Those changes have made quite the impact, as the roster has been shaken up, cut down and expanded again at times, all for a variety of reasons. There was one case that was a little different than the rest, and now that one has been reversed.

Zelina Vega made a surprise return to WWE during this week’s SmackDown. Sonya Deville announced Vega as the second SmackDown woman in the Money in the Bank ladder match, joining Carmella. Following the announcement, Liv Morgan came out to complain about Vega being put in the match and slapped her in the face. This led to a match between the two, with Morgan winning.

Vega was released from the company in November due to issues over her third party promotions, including her Twitch channel. There is no word on if the situation will change now that Vega has returned to the company. Prior to her return, Vega’s most recent match in WWE took place on the November 6, 2020 edition of SmackDown. She did not appear for another promotion during her absence from WWE.

Vega is a worthy addition. Check out what she can do in the ring: 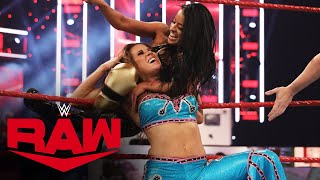 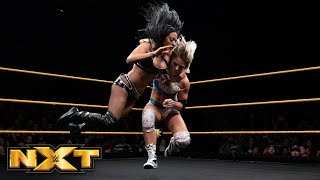 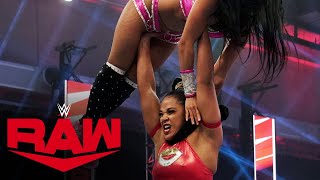 Opinion: This was certainly a surprise and it is also a smart move as the SmackDown women’s division is desperate for more names at the moment. You can only do so much with a bare bones talent roster and Vega can add in a few different things. I’m not sure how far things are going to go for Vega but if she is happy with coming back, then good for her.

What do you think of Vega’s return? How far can she go in WWE? Let us know in the comments below.