RUMOR: Boss-Less? Vince McMahon’s Presence Has Slowed Quite A Bit At WWE TV

Glimpse of the future? No one in wrestling is as powerful as Vince McMahon. This has been the case for the better part of forty years now and it is going to be the case until the day he is gone. Given McMahon, that is also going to be the day of his funeral, which means that we are going to have him around for a long time to come. At some point he is going to slow down though and we may have reached that point.

One of the most interesting parts of WWE is seeing how things change over the years. There could be several different reasons why such a change occurs, but sometimes it is because someone else has gained some extra influence behind the scenes. At the end of the day, McMahon is the ultimate power, but what happens when he is not around as often as usual?

According to Fightful Select by way of Ringsidenews.com, McMahon has not been around nearly as much for WWE television as of late. He has barely been at SmackDown since around Thanksgiving and he has only been at Monday Night Raw about half of the time as of late. There is no word on why McMahon has not been around as frequently but he is said to still be very hands with the product.

McMahon has spent some time on Monday Night Raw and SmackDown. Check him out on both shows:

Opinion: I know it’s hard to believe, but McMahon might just be human. At the end of the day, he is 74 years old and that is not going to make it easy for him to be at all of these shows week in and week out. If McMahon doesn’t need to be there in person to make his presence and impact known, good for him for getting to take it a little easier. It’s going to happen to everyone at some point, even someone as unique as McMahon.

Is this a bad sign for WWE? What will happen when McMahon is gone? Let us know in the comments below.

There’s A Logic To That: Triple H Explains Why NXT Callups Have Slowed 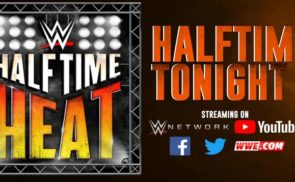 It Does Make Sense: Here’s Why There Was No Halftime Heat This Year And Why The Special Could Return In The Future