Out For A Bit: Another Star Announces Upcoming Surgery

It can happen to anyone. There are all kinds of injuries in wrestling and some of them are more srious than others. You never know when you are going to see someone go on the shelf for a long or short amount of time, but it is the danger that any wrestler might face. It seems to be the case again with a wrestler who has not even been in her current promotion for that long.

Impact Wrestling’s Lady Frost has announced that she is scheduled to undergo minor surgery in May to deal with an undisclosed injury. There is no word on how long she is expected to be out of action. Frost officially signed with Impact Wrestling in December 2021 and entered into a feud with Gisele Shaw, though the two of them have since formed a tag team.

Yes, I deactivated Twitter for a bit.
I’m back, but I will be out of action for a little while. Minor surgery is scheduled for May.
Thanks to everyone who checked in.
If you’d like to support in any way, please check out the link attached.
Love y’all. ?

Opinion: That doesn’t sound good but the word “minor” makes it seem like it could be a lot worse than it seems to be. Frost has done well in Impact Wrestling so far and the Knockouts division will take a hit with her on the shelf for any kind of time. Her team with Shaw has been better than I would have expected and it should be good to get her back in the ring sooner than later.

What do you think of Frost? Who would you like to see her face in Impact Wrestling? Let us know in the comments below. 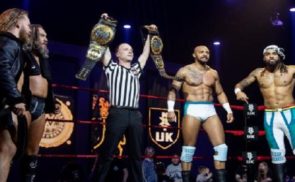