So it’s over? Back in April, WWE released an unprecedented number of wrestlers, shaking up their roster in a bigger way than they ever have before in a three day span. Some names were not the most surprising, but others blindsided the fans as they were not names you would have expected to be let go. That made people wonder what was next for them, and now we know what is not next for two such names.

Two of the names released from WWE were Curt Hawkins and Zack Ryder. Those were somewhat surprising given that the two of them had won the Raw Tag Team Titles about a year earlier at WrestleMania 35. It was a huge fall for the two of them over the years year and ended a ten plus year run with the company for Ryder. The team was now gone from WWE and they may be gone for good.

On Saturday, Matt Cardona (Ryder) took part in a live Q&A on his Instagram page. One of the questions involved him teaming with Brian Myers (Hawkins), which Ryder said would not be happening. The two of them did want to continue their Major Wrestling Figure podcast, but they would not be wrestling together as a team, aside from against a few possible opponents, such as the Headbangers or the Rock N Roll Express. There is no word on where either of them will be wrestling next.

The two work well on their own or together. Check out all three options:

Opinion: This seems to be a mutual decision and if both of them are happy, so be it. Cardona had some success with Myers but his greatest success has been on his own. I’ve always had a soft spot for Cardona and hopefully both of them can find their own paths in wrestling. They have a lot to offer and maybe this is best for the two of them. It’s not like they were doing anything in WWE, so hopefully this makes them happier, which is what matters most.

Which of the two will have more success? Do you want to see them team together? Let us know in the comments below. 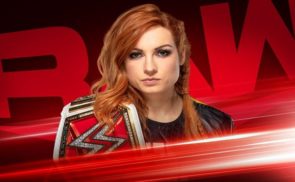