Not so fast big man. After mentioning that he might retire at the end of 2017, Big Show has changed course. In a new interview with ESPN.com, Big Show has suggested that, due to losing weight and healing up from several injuries, he might stick around a little while longer. Big Show says that he’ll be “a part of this as long as I can contribute in some positive way.”

Now 44 years old, Big Show made his in ring debut at “Halloween Havoc 1995” when he defeated Hulk Hogan to become WCW World Champion. Even if he retires next year, he also has a major match coming up at “Wrestlemania XXXIII”. While not confirmed, it is heavily rumored that Big Show will face Shaquille O’Neal in Orlando next year with Big Show basically flat out saying the match is going to happen in various interviews.

While I have no particular interest in seeing Big Show vs. O’Neal in any way shape or form, I’m fine with Big Show sticking around a little while longer. He’s still capable of doing a lot of the same stuff he’s done for years and it’s very impressive to see how much weight he’s lost. If he’s used in a limited role and doesn’t take up a major spot from someone who could benefit from it more, he’s fine for a midcard/upper midcard role.

Are you interested in Big Show vs. O’Neal? How longer would you like to see Big Show wrestle for? Let us know in the comments below. 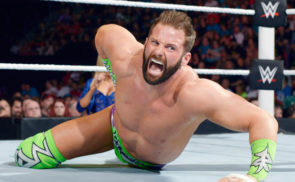 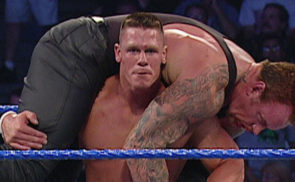