I guess he can learn a new move. John Cena is an institution in WWE and has a lot of what he does down to a science. He’s so established in what he does that he uses a regular series of moves to finish opponents off. That list of moves hasn’t changed in a long time, to the point where they’re known as the Five Moves of Doom. Now that Cena’s career is coming to a close though, he’s got something new to throw in.

And it’s worth the wait.

Cena wrestled in China on Saturday and debuted his newest move, which he had dubbed the Sixth Move of Doom. The move was called the Lightning Fist (and the Doomiest), which was a backfist to the face after some posing. Cena set up the move with an Attitude Adjustment to Elias, who was teaming with Baron Corbin and Jinder Mahal to face Cena, Finn Balor and Bobby Lashley. This was Cena’s first match since the Greatest Royal Rumble in April.

Cena debuted a new look as well and it’s….different. Check out a preview here.

Opinion: I can’t say I’m surprised by this one. I mean, Cena hyped this up so much for such a long time that there was no way that it was going to be some big deal. Cena is long passed the point where he’s going to be making major changes to his style as he’s barely even a wrestler anymore. The finishing move was more a joke than anything else and when you’re in the ring with Elias, there’s nothing wrong with that.

What did you think of the Lightning Fist? When will Cena wrestle another big match? Let us know in the comments below. 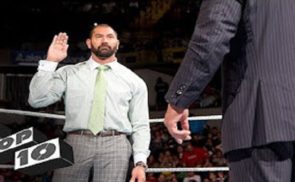 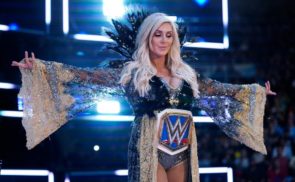 Is Charlotte Flair the Roman Reigns of WWE’s Women’s Division?