Lock em up. Alexa Bliss and Becky Lynch have been fighting of the SmackDown Women’s Title for months now with both of them holding the belt at one point or another. Recently we’ve seen the addition of a mystery masked woman named La Luchadora who has cost Lynch the title in a rematch. Now Lynch has another rematch but with a way to counteract La Luchadora.

As announced tonight on SmackDown, Lynch will get another shot at the title on the January 17 episode of SmackDown inside a steel cage. This is the first time two women have competed in a cage match on the blue show, though women have been in a regular cage match in WWE before.

This is one of the signs that WWE is getting better. The fact that there’s a cage match between two women and it doesn’t feel completely forced, nor does it feel like a huge deal. Instead, it’s a logical step for the feud, which has already gotten WAY more mileage than it had any right to do. I’m looking forward to the match and that’s a very good sign.  Also we might get to find out who La Luchadora is and there’s a wide list of suspects.

Are you interested in the cage match? Who do you think leaves with the title? Let us know in the comments below. 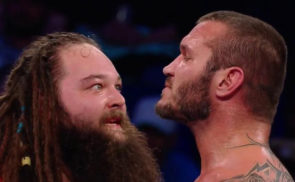 SmackDown Results: The Real Story Was After the Tag Title Match 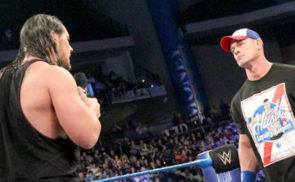