I guess it’s not for everyone. The WWE Champion is automatically one of the biggest names in wrestling, just due the prestige of the championship that they are holding. It is the kind of thing that can make someone’s career, even if they have already done quite a few positive things before. It turns out that the current WWE Champion got the company in some trouble due to one of his signature actions.

During a recent appearance on the Jim and Sam Show, WWE Champion Big E. revealed that WWE received some complaints about him before he won the title. When Big E. teaming with the rest of the New Day, he would thrust his hips against the floor during matches, which ultimately led to WWE receiving some complaints. Other complaints came from his hip gyrations while dancing in the ring during and after matches. Big E. was not clear on where the complaints came from and it is not clear if he was punished in any way.

Big E. can celebrate. Check out some of his bigger wins: 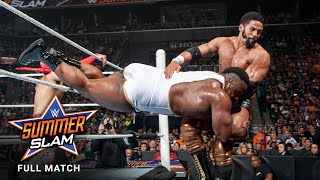 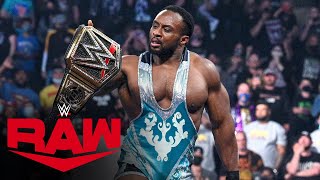 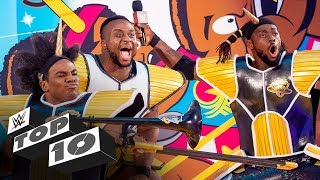 Opinion: I mean, there have been times where I’ve thought those hips had a mind of their own so this isn’t exactly surprising. There are always going to be people complaining about almost something so this shouldn’t be an exception. If Big E. had to calm things down a bit for the sake of becoming this kind of a success then so be it, but those celebrations certainly left an impact.

What do you think of Big E.? How will his title reign go? Let us know in the comments below.

WWE Closing Yet Another Office As Changes Continue