Another line on their resume. Like them or not, there is no denying that the Bella Twins were a big deal during their time in WWE. The two sisters were a big part of the women’s division for a long time and helped set the stage for what would become the Women’s Revolution. While their in-ring careers are over for the moment, they have a lot more to deal with, including one major success.

Since leaving the WWE, the Bellas have continues their pop culture success, including their Total Bellas reality show. They have also both grown their families, with both sisters expecting children (the first for Nikki and the second for Brie) and Nikki engaged to be married. These milestones mark major changes in their lives, which probably should be chronicled. It turns out the two of them might be good at that.

The Bella Twins’ book Incomparable has now reached the New York Times Bestseller List in the #7 spot in the non-fiction section. The book was released on May 5 and includes the life stories of both twins, including never before told details. Nikki commented on the announcement on Instagram, thanking the fans and everyone who helped make the book come together.

I don’t even have the words to describe how happy I am right now!!! New York Times Best Seller!!! #7 and #10 Goodness in the top 10!! ?????? On a list with such incredible people!! Thank you all SO much for your constant support, love and loyalty! This couldn’t have happened without all of you! Our Bella Army!!! And an incredible team that was on this! So many people to thank! I will definitely get to that! Going to go steal a kiss from my man! When we got the call @thebriebella immediately took this pic! We are just so so happy!!! Love you all!! ??????????????

The team has had some success. Check out some of their time in the ring:

Opinion: The Bellas were indeed a big deal and it isn’t a surprise that their book is having this kind of success. They might not have been the biggest names when there was the highest level of competition, but they definitely did a lot of good things for the division. I’m not sure the Women’s Revolution happens without them and it is nice to see wrestlers having this kind of success.

Which Bella do you prefer? Will they ever wrestle again? Let us know in the comments below. 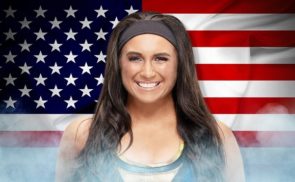 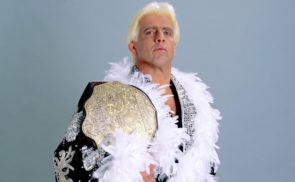