It comes with the territory. Back in November 2018, Nia Jax knocked Becky Lynch silly with a right hand, breaking her nose in the process. Lynch then left the ring with the rest of the SmackDown women, eventually making her way to the top of the arena and posing with blood all over her face. The image instantly became iconic and turned Lynch into a star. Now we are starting to see just how big of a star she is.

Following the scene in November, Lynch went on to win both Women’s Titles at WrestleMania 36, becoming the biggest star in the history in women’s wrestling and one of the biggest stars in all of wrestling. Lynch has held the Raw Women’s Title for over a year now and there is no indication that she will be losing it anytime soon. She is a genuine star and that star power is starting to expand outside of WWE.

WWE.com has announced that Lynch will be guest starring on the fifth season premiere of the HBO series Billions, which airs on May 3 at 9pm EST. Billions’ co-creator Brian Koppelman has work a The Man shirt at presentations about the show and mentioned that she had a standing invitation to appear on the show last year. There is no word on who Lynch will be playing on the show.

Opinion: It’s another case where WWE gets to showcase themselves outside of the ring and that’s a good thing. Lynch has proven that she is way more than the flavor of the month as she was the biggest star in WWE more than once during this insane run. I’m not sure how long she can keep it going, but she is a great example of someone who took the ball and ran hard with it so good for her.

How long will Lynch hold the title? Who will take it from her? Let us know in the comments below.

RUMOR: WWE Negotiating Sale To ESPN And Fox In May 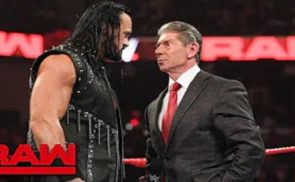