That’s a lot to give away. The Royal Rumble is coming up in less than a week and that means one of the most entertaining nights of the year for a lot of fans. Not only will we find out some of the major matches for WrestleMania 37, but there is the fun of the Royal Rumble itself. This includes finding out who is getting to kick things off with a bang and who is on the other side of twenty eight buzzers. WWE is going to take some of that away this year and there is a good reason to do so.

One of the biggest appeals of the Royal Rumble match is the drama that comes with it. There is something great about counting down and then seeing who is coming out next. You might know who it is going to be based on process of elimination, but there are so many surprises that fans are not going to see coming. That is where the match shines, but this time around there is not going to be so much of what makes the matches work.

WWE has announced that they will reveal the #1 and #2 entrants in the women’s Royal Rumble match, along with the #30 entrant in the men’s Royal Rumble match Saturday night on Backstage. According to Fightful Select, the reason for the entrants being announced in advance is to build up as much of an audience as possible for Backstage, which is airing as a special one off show. WWE is trying to draw as large of an audience as possible to make FOX happy.

Who will be the 30th entrant in the Men's #RoyalRumble and the #1 & #2 entrants in the Women's Rumble? Find out exclusively on #WWEBackstage!

Opinion: I really wasn’t happy with the announcements being made in advance, but they are the kind of things that WWE has done in the past. There have been several years where the #30 spot was won in some kind of a competition and the #1 and even #2 entrants have been announced as well. There are still going to be 57 surprises between the two matches so it isn’t like this is some horrible move that ruins the whole night. 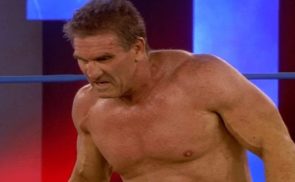 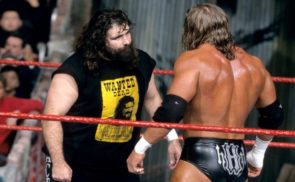