It’s all in the details. Whether you like them or not, there is no denying that WWE is the biggest and most powerful wrestling promotion in the world. With so much money and so many resources, they can do things that other wrestling promotions just cannot accomplish. One of those things has included expanding their territory, but one such territory is not doing so well right now.

One thing that you might have been missing over the last few months is NXT UK. The WWE’s first attempt at an international expansion of its NXT brand has not been around since late April due to the Coronavirus pandemic and it does not seem like things are going to be changing in the near future. Couple the pandemic with the SpeakOut movement taking its toll on the UK wrestling scene and things are getting even worse. That means it’s time for WWE to do something, which is what they seem to be doing.

NXT UK held a conference call on Tuesday with Triple H speaking to the roster. According to PWInsider.com, the roster was told that tapings would resume in the near future and to be ready, but no specific date is known as of yet. According to F4WOnline.com, Triple H addressed the sexual misconduct issues, saying that the company has a zero tolerance policy in cases with irrefutable evidence. This comes after NXT UK released two referees and suspended Joe Coffey.

That’s a serious talk. Check out some slightly lighter moments from NXT UK:

Opinion: I’m not sure what the future holds for NXT UK but they couldn’t have gone through a shakier time if they had tried. With so many wrestlers being released and some being on rather thin ice, it is hard to say where things are going to go. It is one thing if you can keep running shows, but with nothing going on at the moment, I’m not sure what they can really do until their events are back on.

Will NXT UK be back? What do you expect if it returns? Let us know in the comments below. 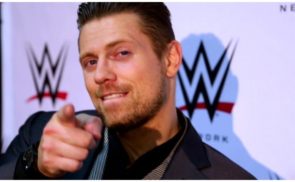 Miz’s Star Power Seems To Be On The Rise