WWE Backlash Will Not Be Airing Live

That’s rather early. There is almost nothing normal about the way the wrestling world is working at the moment. Everything has gone insane thanks to the Coronavirus and that might be the case for a long time to come. With so many things being different, wrestling companies, including WWE, have been allowed do act differently as well, including one thing you will almost never see otherwise.

While the live event business has closed down, WWE is still plugging ahead with their regular pay per views. Both WrestleMania 36 and Money in the bank went ahead with no fans and this month’s Backlash will be exactly the same. The show is going to be the first one in a long time without a major gimmick, but there will be something even more unique about the event.

According to Wrestlinginc.com, WWE is taping Backlash in advance with nothing on the show airing live. This means that the show will be taped before the next two weeks of Monday Night Raw and SmackDown, which will be taped on Monday and Tuesday respectively. The NXT roster will be in the building for the show, with Takeover: In Your House being taped later in the night.

It’s the first time in Backlash’s history. Check out some of that history:

Opinion: This really is something you don’t see too often and while it won’t make much of a difference for the fans, it is certainly a different feeling. Given that there are no fans in the building though, it isn’t going to make much of a difference no matter what goes on. If nothing else, it would be nice to have some extra continuity on the television shows as they will know what is coming on Sunday and have to adapt as a result.

Does this bother you? What are you expecting at Backlash? Let us know in the comments below. 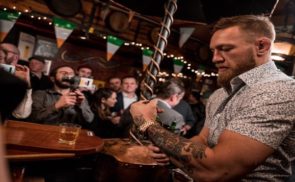