For the first time in several months, we have a show that doesn’t have a gimmick or theme to the whole thing. That can be either a blessing or a curse, as there is nothing to lean on but it also leaves WWE relying entirely on the wrestling, which might not be the best thing. I’m not entirely sure what to expect from it, but there is one major focal point to the show, which could get them in a bit of trouble. Let’s get to it.

We’ll start with one of the more discussed matches on the show, as Hardy’s substance abuse issues have been turned into a story. I can get why a lot of people aren’t comfortable with this (I’m not entirely) but it’s what we’re getting, including bodily fluid jokes on SmackDown. These two have been feuding for a bit now and there is a good chance that they’ll continue after this.

It’s better to be….well you know:

I’ll take Sheamus to cheat to win here, as Hardy has already beaten him once and they need a reason to keep the feud going. There is still the question of who was actually driving the car that took Elias out, so we could be moving towards something else in the future. For now though, Sheamus needs something to brag about and Hardy can still get the big win in the end, even if it’s not over Sheamus.

This match has kind of been forgotten as everything regarding the women has turned into the Charlotte Show. WWE isn’t hiding the fact that whomever wins here will probably face (and likely lose to) Charlotte, making this a little less interesting than it should be. Jax has been her usual condescending giant self throughout this feud and that is going to be the case going forward no matter what.

In this case it’s going to be after a loss as Asuka retains. Jax has such a history of choking in these big matches and even though Charlotte vs. Jax would actually be a fresh match for a change, we’re getting another instance of Charlotte vs. Asuka. They’ll need to build Asuka up before then though and she’ll get a win here to do just that.

Then there’s this, which might be the worst pay per view World Title match in recent memory. Strowman pinned Miz and Morrison in back to back weeks so now the solution is to have him beat up both of them at once. The build has included a variety of pranks, which have wound up damaging a car and a van. Why that is supposed to make me think Miz and Morrison have a chance is beyond me, but that’s where we are.

Of course Strowman retains, because much like Asuka vs. Charlotte (you have to mention her in at least one extra match you see), this is all about killing time until the Fiend is back to take the title from Strowman. It says a lot about SmackDown that the best thing they can do with their World Champion is have him beat up a tag team but here we are, with absolutely nothing else possible for him. You might want to work on that a bit.

For the first time since the Tag Team Titles have been around, WWE is actually making them seem important for a change. These three teams have fought over the titles for a bit now (plus Charlotte and Asuka, who beat them the IIconics and Bayley/Banks on Monday in a match that doesn’t seem to count but needed to exist to give Charlotte another win) and that makes the titles seem valuable.

They have a sense of humor:

For the sake of sanity, I’ll go with Banks and Bayley retaining here, as the revolving door of champions needs to slow down for a bit. Hopefully they can continue this in the future though as it has turned the titles from nothing into something in just a few weeks. It really isn’t that complicated but WWE took almost a year and a half to figure out the concept. Bayley and Banks retain here, but it really could be any of the three.

US Title: Apollo Crews(c) vs. Andrade

Now this one has become a lot more interesting in the last few days as Paul Heyman, Crews’ biggest supporter, was fired as Executive Director of Raw. Crews didn’t seem to be on the strongest footing as champion in the first place and it wouldn’t shock me to see the title change back here for the sake of getting rid of a Heyman guy in the first place. Then again you would think they might come up with someone more interesting that Andrade, whose first title reign didn’t exactly set the title on fire.

They’ve been here before:

I’ll go with Crews retaining here in a pick likely to go wrong, but he isn’t going to hold the title much longer. Crews has all of the physical attributes that you could want but he still isn’t exactly an interesting character. Unfortunately Andrade hasn’t been interesting at all as champion, though I have a feeling he or someone else just as uninteresting will get the title back. The problem isn’t the wrestler though, but rather what they do with the title. WWE has shown that they’re fine with Andrade just sitting on the thing, and I think that’s what we get again, though not just yet.

This is the one match on the show that I’m especially looking forward to as they have done a great job of making me care about these two fighting. McIntyre is a successful champion so far but needs to slay a few dragons. That’s where Lashley could come into play but WWE has done a rather nice job of making you think that the title change is a possibility. It isn’t easy to make that work so points to them for a successful build.

That’s how you set it up:

McIntyre retains here, but I have a bad feeling that we’re on the inevitable path towards another Brock Lesnar title reign. The ratings for Monday Night Raw haven’t been great (to put it mildly) as of late and if there is one thing WWE likes to do, it is shifting back to Lesnar because why try something new when you can try something that hasn’t fixed the ratings issue? McIntyre keeps the title, but Lesnar is getting closer every day.

There’s almost no way this doesn’t headline as WWE needs to do something else to set these guys up to fail. The problem here is simple: they are going to have a rather good if not great match, but billing it was the Greatest Wrestling Match Ever has put them so far behind the eight ball that it doesn’t matter. Couple that with the instant classic from SmackDown two days earlier and what in the world are they supposed to do?

I’ll take Orton to even things up, as there is a good chance this is going for a third match at Summerslam. That isn’t the best idea as Edge doesn’t have a ton of matches left in him and using two if not three of them on Orton isn’t exactly brilliant, but there are bigger problems here. The story here is going to be the build, plus listening to commentary tonight and tomorrow as they talk about how this might be the best match ever. It won’t be, but it should be pretty good.

Man this card doesn’t seem like much, but there are a few bright spots in there. You can probably pencil in Shinsuke Nakamura/Cesaro (either of whom would have been a better challenger for Strowman) vs. New Day to flesh the card out a bit, but this is all going to be about the Raw World Title and Edge vs. Orton. That might be enough to carry it, though the card doesn’t look great overall. 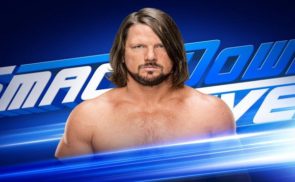 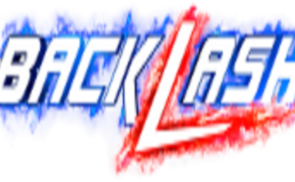