Another Wrestling Legend Preparing For His Final Match

One more time? Last month, Ric Flair wrestled his last match in front of thousands of people in Nashville, Tennessee. That is the special kind of show that only a legend is going to get and Flair would certainly meet that criteria. While there are few names in wrestling on Flair’s level, there are several other legends who would be interested in one last hurrah and another has added his name to the list.

WWE Hall of Famer the Honky Tonk Man, 69 years old, has announced that he is preparing for one more match, though no details have been given on the specifics. The tweet making the announcement shows Honky Tonk Man putting on his knee pads and smiling at the camera. Honky Tonk Man’s most recent match took place in November 2019 at the WildKat Revolution Rumble.

Opinion: While I can’t imagine Honky Tonk Man is going to get the same kind of platform that Flair is getting, I’m sure there are promotions that would love to host such a match. Honky Tonk Man is one of those names that has been around for a long time and if he can still do a basic match, why not let him have one last hurrah? It could certainly be fun and that seems to be the idea here.

What do you think of the idea? Who would you like to see Honky Tonk Man face? Let us know in the comments below. 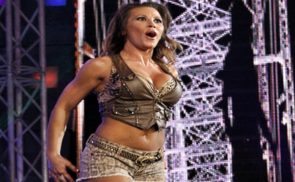 She’s An All Timer: Mickie James Hints At Retiring From The Ring