Another Star Gone From WWE (But For A Different Reason)

There goes another one. There are all kinds of people on the WWE roster, to the point where the wrestlers have been grouped together into different groups. This includes the main roster as well as the NXT developmental rosters, where wrestlers still appear on national television. However, one of those stars will no longer be around as her deal with the company has expired.

According to Fightful Select, Candice LeRae’s WWE deal has expired, making her a free agent. LeRae has been gone from WWE television last summer as she went on maternity leave, with her son being born in January. Since her WWE contract expired and she was not released, she will have no non-compete clause and is eligible to wrestle anywhere she wants at any time. There is no word on where she is expected to appear next.

Opinion: This is something you had to expect as LeRae had not been around in a long time as her contract continued to run. At the same time, LeRae leaving makes sense as there is not a lot she could be doing on NXT. The show is no longer geared towards veterans and if she had not been called up to the main roster already, odds are it was never going to happen anytime soon.

What do you think of LeRae? Where do you want to see her wrestle next? Let us know in the comments below. 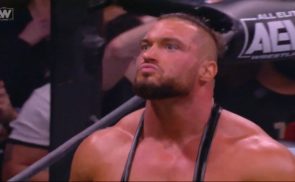 Backstage Speculation On Political Arrangement Between AEW And Impact Wrestling 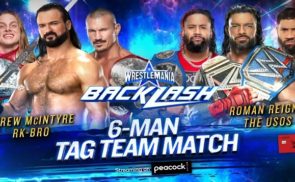