It’s still going. Back in April, WWE released or furloughed dozens of wrestlers and trainers from their contracts. There are only so many spots available for all of these people and the company got rid of several people from various rosters. The idea was to slash salaries due to the spread of the Coronavirus and it turns out that that roster cuts are not entirely done yet.

Second generation wrestlers can be a hit or miss idea. Some of them are smash hits and others are people who seem to be receiving a chance because of their parents. Sometimes the idea just does not work and the wrestler doesn’t quite connect with everyone else. That seems to be the case with several names who are wrestling down in NXT, but one of them is not there any longer.

Rachel Ellering, formerly known as Rachel Evers, has tweeted out a video confirming that she has also been released from WWE. The video begins with a speech from the Great Dictator, talking about how people are not machines. It then features clips of her time in NXT, followed by clips of her time on the independent circuit. It ends with text saying “Rachel Ellering. Don’t call it a comeback.” WWE has yet to confirm Ellering’s release.

Evers had some time in NXT. Check out her announcement and some of her NXT work:

Opinion: This is something that had been rumored for a bit so it’s hardly a major surprise. Ellering is someone who didn’t exactly shine in NXT, but it might be a case where she is a better fit elsewhere. That isn’t a bad thing and there are going to be other promotions that try and pick her up. This one didn’t click, but there have been a lot of wrestlers who don’t work out in NXT who go on to stardom elsewhere. That’s not a bad thing and it might be the case again here.

What did you think of Ellering’s time in NXT? Where will she wind up? Let us know in the comments below. 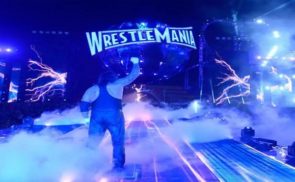 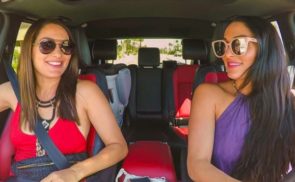