Another one is out. Things have been moving around so fast as of late that it is getting difficult to keep track of who is doing what on which show when. That can be a major problem for a lot of wrestling promotions, especially if someone is removed from a big time match. It’s bad enough to see it happen once, but what happens if two people are removed from the same match?

The SpeakOut movement has rocked the wrestling world and that is going to be a good thing in the long term. While the industry is taking a major hit at the moment, it is the kind of thing that needs to be done to make things better down the road. However, that can mean a lot of people are going to be out of work for the time being, including another from Impact Wrestling’s Slammiversary main event.

Michael Elgin has made a post on Instagram announcing that he is done with Impact Wrestling. This comes after Elgin was indefinitely suspended by the promotion over SpeakOut allegations. Elgin thanked the promotion and said that he now had more time to spend with his son. Before the suspension, Elgin was scheduled to take part in a five way elimination match at Slammiversary on July 18. Former World Champion Tessa Blanchard has also been released and will not be in the match. There is no word on who will take their places.

It’s a nice idea. Check out more wrestling fathers and their sons:

Opinion: I can’t say I’m overly surprised by this as Impact Wrestling is not going to want to be associated with someone involved in such a situation. Elgin was a main event star in the promotion and him winning the World Title would not have been impossible to imagine. That being said, it shows that Impact Wrestling is serious about getting rid of these problems. That’s a good thing, though it might hurt them in the short term.

Did Impact handle this well? Who will win the World Title? Let us know in the comments below. 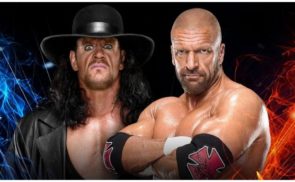 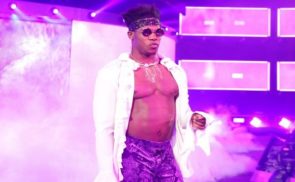