Angel Garza Details His Injury, How Long He Will Be Out

Ouch. You never know when you might see someone get hurt in wrestling. It happens every so often and it is ever easy to see. These are one of the few equalizers in wrestling as any wrestler could get hurt, either in or out of the ring, at any given time. That was the case back at Clash Of Champions and now we know a bit more about what actually happened.

Last Sunday at Clash Of Champions, the Raw Tag Team Title match between the Street Profits and Angel Garza/Andrade ended in a hurry with Angelo Dawkins pinning Andrade, despite Andrade’s shoulder being up. After the match was over, news broke that Garza was injured at some point late in the match and it was ended early as a result. We have since learned more and it isn’t the best news.

In a new interview posted to his personal YouTube channel (with translation courtesy of Fightful), Garza revealed that he suffered a slightly torn quadriceps muscle during the match. However, the injury is not severe and will not require surgery, meaning Garza should be back to the ring in one to three weeks. The injury took place when Garza tries to kick Montez Ford but over extended, causing the tear.

A healthy Garza can do a lot of things in the ring. Check out what he can do:

Opinion: That is a great relief as the idea of anyone being out of action for several months is a bad thing. Thankfully Garza is already a good chunk of the way into his recovery and should be back by the middle of October at the latest. Garza has already shown that he is one of the more charismatic people on the roster and it would be a shame to see him missing for that long. This is some of the better news that he could have had and that’s quite good to hear.

What do you think of Garza? What is next for him? Let us know in the comments below. 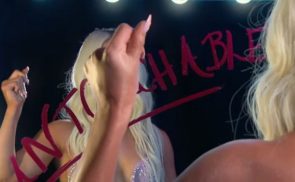