There’s your celebrity involvement. Celebrities have been a part of wrestling for a very long now and that makes sense for a reason. Bringing someone from outside the wrestling world into the fold is something that is always going to get some interest and if they are a person who has an athletic background, things can get even better. That is the case again with AEW, who is talking about a big name.

AEW is in a great place as they are getting to air their television show on TNT. That is a major cable network and something that has a lot of connections to some more mainstream sports. They also have some rather big names of their own on the network and one of them has been involved in wrestling before. That is going to be the case again, as he was brought up this week.

During this week’s edition of AEW Dynamite, a woman named Jade Cargill interrupted Cody Rhodes and said that he has talked about slaying giants. Cargill said that she represented a giant with one name, who she revealed as Shaq, or Shaquille O’Neal, suggesting that he is coming to AEW. O’Neal was a participant in the Andre the Giant Memorial Battle Royal at WrestleMania 32 and had hinted at getting into wrestling, potentially for a match with Rhodes. There is no word on when or if the match will be taking place.

This didn’t go well. Check out what Brandi thought of Cargill’s statements and O’Neal in the ring:

Opinion: I’m not sure what to think of this as O’Neal is a celebrity but he has not been an active NBA player in years now. He is a step above Mike Tyson when it comes to current star power, but I’m not sure how much of an impact O’Neal is going to make with AEW fans. It’s a cool moment and an idea, but I’d hope that this isn’t seen as some kind of a game changer for the company.

What do you think of the announcement? Will O’Neal vs. Rhodes work? Let us know in the comments below. 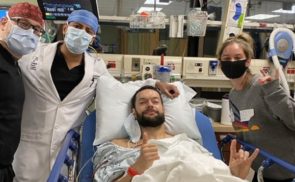 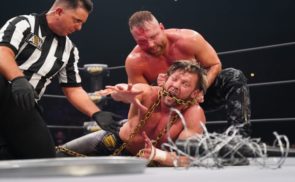