You never want to hear that. Injuries are some of the worst things that can happen to any wrestler as they can put anyone on the shelf for a long time. Some injuries are far more serious than others and you never want to see someone be put out of action. Unfortunately that is the case with a current star, but there might be a bit of a silver lining to the whole situation.

AEW’s Angelico has announced that he has suffered a torn ACL and meniscus, which have forced him out of the ring for the last few months. Angelico’s most recent match took place on December 3, though it is not clear when the injury took place. In addition to the announcement, Angelico said that his recovery was ahead of schedule and that his return to the ring was just around the corner, though no specific date was given. Angelico’s tweeted announcement also included a video of him training for a return to the ring.

Official Announcement: Unfortunately the bad news is I can confirm the rumors. I suffered a torn ACL and meniscus at the end of 2021.
The good news as you can see below, is that my recovery is well ahead of schedule and my return to the ring is just around the corner! pic.twitter.com/V1ARa9QUy7

Opinion: That is awful to hear as anything ACL related is the kind of thing that can take away such a long part of a wrestling career. Angelico is a rather talented high flier and hopefully he is able to get back into the ring and wrestle as he did before, though in a way that doesn’t mess up his knee again. It will be nice to have him back in the ring, though it might not be for a long while.

What do you think of Angelico? What should he do when he gets back? Let us know in the comments below. 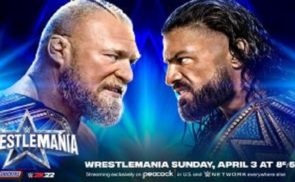 WRESTLING RUMORS: Vince McMahon May Have A Match At WrestleMania