By their powers combined. Stables have been making a rather strong comeback in mainstream wrestling over the last year, with more and more of the popping up both in WWE and AEW. This is something that could be rather positive all things considered, as there are so many wrestlers in either promotion that something has to be done to give people something to do. Another wrestler may be on that list.

One of the reasons that stables have been coming back is the resurgence of managers. What once was an incredibly common sight had gone by the wayside for a long time, but now managers are starting to become popular all over again. That would seem to be a rather good idea, as there are some wrestlers who need someone to do their talking for them. If a manager can get multiple wrestlers together, things are even better than that seems to be the case again.
This week on AEW Dark, Darby Allin defeated Robert Anthony. After the win, Brian Cage came out to attack Allin, with Anthony failing to make a save. As a result, Ricky Starks, who had wrestled earlier in the night, appeared and helped Cage take out Allin. Cage’s manager Taz, who was on commentary, suggested that Starks had joined himself and Cage as a new partner.

This was a big angle. Check out the Dark where it all went down:

Opinion: This works for me, as Starks is someone who can go out there and have a good match against anyone and Cage is a total monster. Throw in Taz as one of the better talkers in the promotion and they should be in for something good. I’m not sure how well it is going to wind up working out, but I certainly like the idea. Starks has interested me since he debuted and Cage’s look speaks for itself. What more do you need?

Do you like the pairing? How do you see it working out? Let us know in the comments below. 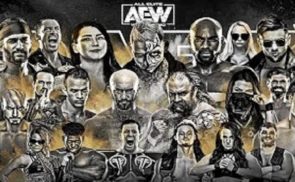