We’re coming off a not so great Dynamite but we have another special moment this week as Jon Moxley is getting back in the ring. It was a great feeling to see him back on Wednesday and now it’s time to show that he still has it in the ring. From just a wrestling perspective, it’s a relief that he wasn’t gone that long so he shouldn’t have much ring rust. Let’s get to it.

Scorpio Sky is here with Page, who shoves Moxley down to start. Moxley kicks him in the ribs and elbows Page in the face to take over, setting up some shots to the face in the corner. Back up and Page knocks him outside, only to be sent hard into the barricade. Page goes intellectual and starts taking out Moxley’s knee, setting up a hanging spinning backbreaker for two back inside. Moxley misses a charge and goes into the post to make it worse as we take a break.

Back with Moxley escaping the Ego’s Edge and hitting some German suplexes. Moxley hits a hard clothesline but Page is right back with a brainbuster. Page goes back to the knee with a half crab, sending Moxley over to the rope. Moxley mixes it up a bit and goes up top, earning himself a super powerslam right back down. A crucifix gives Moxley two so he fires off elbows and knees to the head, setting up a bulldog choke for the knockout at 10:21.

Post match Moxley hits a Paradigm Shift and leaves. On his way out, he runs into Bryan Danielson, who offers some applause.

The Jurassic Express don’t think much of the Gunn Club attacking Christian Cage. When Cage comes back, it is time to stomp the Gunns’ heads in.

Matt Jackson, Brandon Cutler and Orange Cassidy are here too. Beretta kicks him in the ribs to start so Nick evens things up with a springboard corkscrew wristdrag. A necksnap across the top gets two but Trent is right back with a northern lights suplex. The referee checks on Trent for a second before he seems quite ok while hitting a backdrop. Trent’s running crossbody misses though and he crashes into the ropes, allowing Nick to kick him to the floor as we take a break.

Back with Trent hitting a clothesline and a German suplex, setting up a running knee. The backdrop driver sets up a tornado DDT for two on Nick and an exchange of German suplexes put them both down. Back up and Nick is sent to the apron, where he comes back with a slingshot Canadian Destroyer for two.

Trent’s neck seems to be banged up but he manages a half nelson suplex. Nick pops up with a superkick so Trent hits a lariat for a double knockdown. A piledriver gives Trent two so they go to the ramp, where Nick hits another suplex. There’s a Swanton onto the ramp, followed by a 450 back inside for two. Nick hits a low superkick but Trent is right back with the Crunchie for the pin at 13:57.

Hook jumps him before the streamers can be cleared out and a keylock has Serpentico bailing to the ropes. An overhead belly to belly sends Serpentico flying and Redrum finishes for Hook at 1:12.

Post match here is QT Marshall to yell about Hook, earning himself a suplex on the stage.

Cargill is defending with Mark Sterling in her corner so Anna has John Silver to even things up. Cargill wastes no time in suplexing her down and getting in the nip up. Hold on though as Anna sends her outside, where it’s a pose down with Silver. That lets Anna knock Cargill down and refer to herself as “that B**** Slayer*.

Back from a break with Cargill escaping the Queen Slayer but getting caught in a Downward Spiral. Sterling offers a distraction so Silver gives him a brainbuster on the floor. Anna gets two off a backslide so Cargill kicks her in the face. Jaded is countered into the Queen Slayer but Cargill fights up and escapes. The running kick in the corner is pulled out of the air and countered into a powerslam to plant Anna again. Now Jaded can retain the title at 8:42. 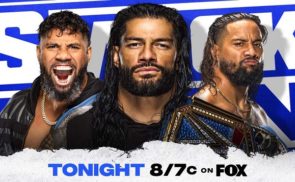 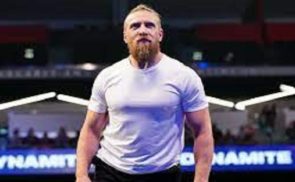