We’re on to week #3 and they might have a bit of a hard time beating out last week’s show. Rampage has become a lot of fun in a hurry though as the hour run time is a great change of pace over the full two hours of Dynamite. I’m not sure how a taped show is going to work but I doubt it matters that much. Let’s get to it.

The winners get the Young Bucks, who come out to watch, at All Out. Jungle and Fenix run the ropes to start until Fenix gets onto the ropes for his nutty bouncing into an armdrag. Jungle isn’t sure what to do so it’s off to Luchasaurus vs. Penta. After taking a long time to take the glove off, Penta tries a charge at Luchasaurus and gets kicked in the head. Everyone gets knocked down for a breather as NBA Finals MVP Giannis Antetokounmpo is watching in the front row.

We take a break and come back with Luchasaurus and Penta coming back in with the former getting to clean house. A double clothesline drops the Bros and the standing moonsault gets two on Penta. Fenix is back up and kicks Luchasaurus down, setting up the frog splash (complete with Eddie dance). Jungle comes back in with a clothesline into a poisonrana on Fenix and it’s a tiger driver into the Snare Trap.

Penta breaks it up and hits a backbreaker for two on Jungle. Penta is taken outside where Marko Stunt and Luchasaurus hold him in place, only to have Fenix walk the ropes to hurricanrana Jungle onto the pile. There’s the Canadian Destroyer to drop Jungle onto the apron, followed by Fenix hitting one of his own for one on Luchasaurus. The Bros hit the series of superkick to Luchasaurus and the assisted wheelbarrow splash gets two. The assisted Fear Factor finally finishes Luchasaurus at 12:15.

Post match the Young Bucks come out for the staredown but the Lucha Bros and Jurassic Express clear the ring.

We get a video on CM Punk’s debut, leading into a look at Punk vs. Darby Allin at All Out.

Miro comes to the ring, though he comes out by kicking Fuego del Sol down the ramp. They get inside, with Miro demanding that Fuego show his face to the Lord. The mask is ripped off, and here is Eddie Kingston for the brawl with Miro. The brawl is on and referees break it up, though Miro seems very pleased by the challenge.

Tay Conti vs. The Bunny

Bunny jumps her before the bell and hits a sliding forearm in the corner for a slightly delayed two. Back up and Conti unloads with some chops in the corner but Bunny knocks her into the ropes. We hear about Conti’s martial arts background, allowing Henry to say “it doesn’t matter if you know karate if someone know ka-razy.” Conti is back up with a belly to back swinging faceplant into a swinging Boss Man Slam. A knee to the face connects and the Tay-KO rocks Bunny as Penelope Ford comes out. The distraction lets Blade slip Bunny the brass knuckles for the knockout pin at 4:33.

All Out rundown, now including Miro defending the TNT Title against Eddie Kingston.

We get the weekly split screen interview between Christian Cage/Frankie Kazarian vs. Kenny Omega/Brandon Cutler. Omega can’t wait to drop Christian on his head with the One Winged Angle and send the fans home happy. Christian knows he has already hurt Omega and now he wants the big one at All Out. Tonight, make sure you get in the ring because they don’t want any of this Cutler stooge stuff.

Don Callis is here with Omega and Cutler. Kazarian throws Cutler around with ease, which shouldn’t be the biggest surprise. Omega comes in and chokes Kazarian in the corner but misses a charge. A Russian legsweep drops Omega and it’s back to Cutler so Christian can choke away on the ropes. Kazarian drops Cutler on the top rope for a kick to the face so Michael Nakazawa gets in a laptop shot tot he back. This has a grand total of no effect, allowing Omega to clothesline Kazarian down.

Back in and Cutler misses a dancing elbow, setting up the hot tag to Christian. Some chops have Cutler cringing in the corner but Omega breaks up the right hands. Christian slips out of the One Winged Angle and hammers on both of them at once. The reverse DDT lays out both villains but Omega crotches Christian against the post. Omega V Triggers Cutler by mistake and walks out, leaving Cutler to get speared and Killswitched for the pin at 8:27. 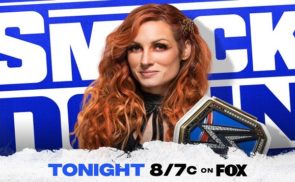