Add him to the list. AEW has put together a pretty amazing roster over their short history, with a mixture of up and coming stars, established veterans and younger wrestlers getting their first break. It can be fascinating to see what they can do when they are given the chance and now another one is going to be able to do that, as he has officially signed with the company.

AEW President Tony Khan appeared on Busted Open Radio and revealed that Lee Moriarty has signed a full time contract with Ring of Honor. Khan had previously announced that Moriarty had signed a deal with the company but it was not clear what kind of deal the two sides had made. Moriarty has yet to win a match in AEW, but he appeared during this week’s Rampage Buy-In show, losing to Bobby Fish.

Moriarty is pretty great. Check out what he can do in the ring: 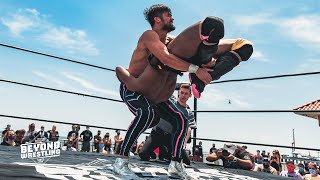 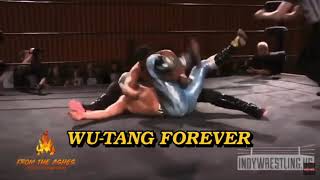 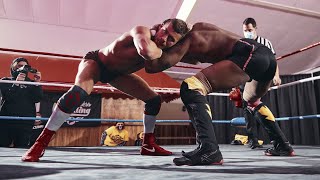 Opinion: This is the kind of signing that gets my attention, as AEW has shown that they are capable of bringing in younger talents and giving them a chance that they have never had before. Moriarty is someone who has all of the potential in the world and has been able to showcase himself well against some very talented wrestles so far in AEW. I’m curious to see where that goes in the future, and hopefully that goes on for a long time.

What do you think of Moriarty? What do you see him doing in AEW? Let us know in the comments below. 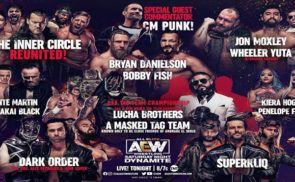