Not everyone can make it. Earlier this month, several wrestlers were let go from WWE out of nowhere. It was one of the biggest talent changes in the history of the company and it shook up the company quite a bit. Dozens of wrestlers were suddenly available and it couldn’t have come at a worse time given the current situations. The question became where they could go, and now we know where one of them won’t be going.

Due to the spread of the Coronavirus making it impossible for a lot of wrestling companies to run events in front of fans, there are nowhere near as many places for wrestlers to work. The best option would seem to be AEW, but the question was how many wrestlers they would actually take. Of course there would be some names on their list, but one of them has been flat out turned down.

AEW Vice President Cody recently took part in a Q&A session on his Instagram page. During the session, he was asked about AEW signing Heath Slater and replied “Nope! No on Heath Slater.” There was no reason given for why AEW would not sign him. Slater was part of the group of released wrestlers, having last wrestled for WWE on the February 20 SmackDown, losing to Daniel Bryan.

Slater had some moments in WWE. Check out a few of his highlights:

Opinion: At the end of the day, it was unreasonable to think that all of these wrestlers were going to be signed up by AEW. There are so many wrestlers who were released and AEW can’t bring all of them in. As bad as it might sound, there are only so many spaces for so many wrestlers and these people weren’t being used by WWE for a reason. Slater has been little more than a comedy guy for a long time now and I don’t know where he is going to wind up, aside from a few spots here and there. That’s not a bad thing, but it is going to be a reality for a lot of people.

What do you think is next for Slater? Who will AEW bring in? Let us know in the comments below. 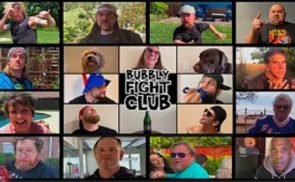