What a combination. The wrestling world is in a weird place at the moment as you have WWE, AEW, and then everyone else (at least in America). That is something that is still new for wrestling as WWE had controlled the landscape for such a long time. AEW has come a long way, but they are still pretty far behind WWE. Now though, they might have some extra backup helping them.

While WWE and AEW are the biggest wrestling companies around, there are other national promotions out there. Multiple wrestling companies have national television series but they might not have the same name recognition as other promotions. Couple those together and there is some significant value. One of those companies is going to be working with AEW for the near future.

It was a surprise. Check out the reveal at the end of this week’s AEW Dynamite:

This week’s edition of AEW Dynamite saw Kenny Omega defeat Jon Moxley to become the new AEW World Champion. Impact Wrestling executive Don Callis was on commentary and later helped Omega win the title. Callis and Omega ran off after the match, with Callis saying that more would be revealed on next week’s Impact Wrestling. There is no word on how much of a connection there will be between the two companies or how long this deal will continue.

Opinion: I’m really not sure what to think about this. I completely get what Impact Wrestling receives from the deal, but AEW seems several steps above Impact Wrestling. Maybe there will be more revealed in the coming weeks, but for now, a working relationship or perhaps even an angle of some sort between the two companies feels rather one sided in terms of benefits.

What do you think of the deal? How will it play out? Let us know in the comments below. 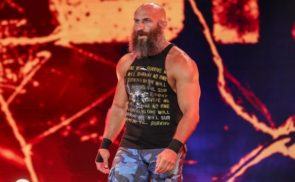 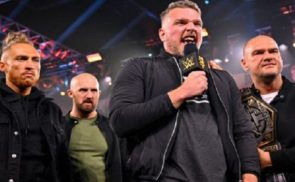