It’s the go home show for Final Battle and the Dynamite before next week’s Winter Is Coming so it is time to start hammering home the build for both shows. Believe it or not we have a battle royal this week for a shot at MJF’s….ring, rather than the World Title. That should get a lot of people on the show so let’s get to it.

The winner gets to face MJF for the Dynamite Diamond whenever they decide.  Sabian and Cassidy take turns ramming each other into the corner until the Butcher breaks it up. Cassidy is sent over the top so he tries to skin the cat, only to have Blade knock him out.

Back with Jungle Boy knocking out Butcher but getting eliminated by W. Morrissey. Ethan Page makes Hardy raise his arm but Hardy does DELETE after, much to Page’s annoyance. Hardy Twist of Fates Dean and eliminates him under Page’s orders. We’re down to Starks, Page and Hardy and Starks sends Hardy out. Page kicks Starks in the head but gets sent out to give Starks the win at 13:05.

Post match MJF comes out to promise that he’ll beat Starks twice, even though the fans seem to like Starks. These fans treat Starks like a big deal and he is good, but here is the truth….after the SHUT THE F*** UP chants from the crowd that is. MJF says Starks is a rudy poo candy a** compared to him, because Starks is nothing but a dollar store Dwayne. That’s why MJF is going to start calling him the Pebble.

Next week, MJF is going to beat Starks and skip him across the water so he can land back in Billy Corgan’s NWA and wrestle on YouTube where he belongs. Starks dubs MJF Maxipad and calls him a Roddy Piper wannabe. He wants to know how much shtick MJF has to go with his cheap shoes and cheap heat. Starks talks about how MJF doesn’t have what it takes while Starks is the one who is out there every week.

MJF blows off meet and greets because no one likes him. Next week is a big deal because Starks is shutting him up for once and is ready to smack that mole off of MJF’s neck to take that title. Then MJF hits him low and loads up the ring, only to have Starks hit the spear.

Jon Moxley is tired of all the talking and wants to beat someone up. Like the Jericho Appreciation Society, to make sure there is no sports entertainment.

Joe is defending. Allin starts fast by dropkicking Joe to the floor but Joe walks away from the running flip dive. Joe peels back the mat on the floor and it’s a powerslam on the exposed concrete to further injure Allin as we take a break. Back with the doctor checking on Allin, who crawls inside anyway. Joe takes him back to the floor but gets sent into the steps, allowing Allin to hit a Coffin Drop to a standing Joe on the outside. Back in and Joe gets knocked down again, allowing Allin to go up for the Coffin Drop, only to land in the Koquina Clutch to retain the title at 10:24.

Post match Joe hits Allin with the skateboard and puts the Clutch on again. Wardlow runs in for the save.

Orange Cassidy offers Kip Sabian an All Atlantic Title shot but Sabian says he’s hurt. Instead, Cassidy offers to let Sabian find someone to face him. Sabian smiles and leaves. Cassidy: “Was that like a yes?”

Sammy Guevara and Jon Moxley are here too. Hager puts his hat on but Yuta hands it to Castagnoli, who punts it away. Yuta gets taken into the corner for the beating and now Garcia is willing to come in for the slugout. That’s fine with Yuta, who slams him into a backsplash for one and it’s back to Hager. Yuta knocks him down as well, but Guevara shoves Yuta off the top. The running Vader bomb gives Hager two and it’s back to Garcia for a top rope superplex.

We take a break and come back with Castagnoli coming in for the hot tag to clean house. The running uppercuts knock Hager silly but Garcia breaks up the Swing. That doesn’t last long as Garcia gets knocked off, leaving Castagnoli to get swung anyway. The running clothesline gives Castagnoli two and Moxley cuts Guevara off on the floor. Hager pulls Castagnoli out of the air and ankle locks him as Garcia gets the Dragon Slayer on Yuta. Castagnoli rolls his way out though and saves Yuta, followed by an uppercut to pin Hager at 12:36.

Post match Tony Schiavone is in the ring and shows us a clip of himself talking to William Regal before MJF turned on him. They reminisce for a bit before Regal says that if you are seeing this, something bad has happened to him. Regal talks about how the team is there to help build up Yuta. The reason Regal turned on Moxley was to teach him one final lesson: always stay one step ahead because you don’t know what is coming. Regal is Blackpool Combat Club until he dies. Back in the ring, the Club isn’t sure what to think but Moxley promises to end the Jericho Appreciation Society.

The House of Black is here to punish people for treason.

Jamie Hayter is ready to find out her next #1 contender.

Velvet pulls Blue down by the hair to start as Jade approves from the apron. A running knee in the corner rocks Blue but she kicks Grey’s leg out. Velvet sends Blue into the apron and we take a break. Back with Blue kicking Velvet down and bringing in Hogan, who is planted by Jade. Rayne comes in and enziguris Cargill, only to get Jaded for the pin at 8:04.

Saraya is in the back when Britt Baker interrupts. She has tickets for Saraya to come to the Kia Forum, but not for a rematch. Instead, Saraya can get a partner to face Baker and Jamie Hayter. Saraya tries to get Tony Schiavone, but Baker takes him away.

Acclaimed, with Billy Gunn, is defending. Caster and Harwood lock up to start and it’s Caster dropkicking him into an armdrag. The armbar doesn’t last long on Harwood so it’s off to Bowens as everything breaks down. The champs grab stereo Sharpshooters in the middle of the ring but both are broken up. With that out of the way, FTR takes them to the floor and sends Caster into the apron as we take a break.

Back with Wheeler putting Caster on top but getting knocked backwards for a high crossbody. As Jay Lethal/Jeff Jarrett and company watch from the back, Caster backdrops Harwood and brings in Bowens to clean house. A superkick gets two on Harwood, who is right back with some rolling German suplexes. Harwood rolls Bowens up with trunks for two and it’s back to Wheeler for the spike piledriver and a near fall.

Caster saves Bowens and comes in for a wheelbarrow cutter and a rather close two on Harwood. Bowens has to break up the Big Rig but gets sent outside, leaving Caster to be sent into the post. The Big Rig gives Harwood a VERY close two with Bowens making the save. Bowens hits the Arrival on Wheeler but Harwood breaks up the Mic Drop. Wheeler tries a jackknife cover but Caster rolls through into a cradle to retain at 16:48.

Post match respectful scissoring ensues, which seems out of character for FTR. The Gunn Club pops up on screen with a Christmas card from the Briscoes (or Dem Boys as the card says)….and dog collars in the stockings. 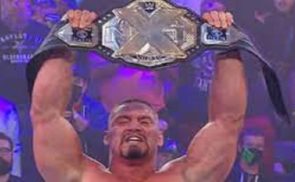 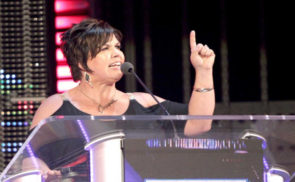 WATCH: Vickie Guerrero On The Accidental Origins Of “EXCUSE ME!”