It’s still tournament time as the taped shows continues. This time around we have the semifinals for the TNT Title tournament and that means we have some big matches to get ready. In addition to that, we have Brodie Lee vs. Marko Stunt, in a match that should last about thirty seconds but I’ll put the over/under at five minutes because AEW has to let everyone shine. Let’s get to it.

Tony runs down the card, with Jericho thinking most of it will be stupid.

Cody shoulders him down to start but Allin sends Cody into the corner. They head to the floor with Cody avoiding a charge, meaning Brandi gets knocked down by mistake. Cody takes him inside and stomps away as we take a break. Back with Cody rather angry and tying Allin up in a bow and arrow. Cody drops him ribs first across the top rope for two and a half crab sends Darby bailing to the ropes.

Darby is back up with a quick Code Red into a kneebar, followed by tying the leg in the corner. They head outside where Britt Baker gets in a shoe shot from over the barricade (Jericho: “God bless you Britt!”). Back from another break with a double clothesline putting them both down. It’s Cody up first with the Beautiful Disaster but the referee takes the weightlifting belt away. Cross Rhodes gives Darby two and we get a fifteen person THIS IS AWESOME chant.

The Figure Four puts Cody in trouble and here’s Brandi from the back, holding her stomach like she has broken ribs. Brandi gives Cody some water so Darby takes it away and hits Cody in the head with it. That earns him a ripcord clothesline and they’re both down again. Jericho: “There’s no water in hockey! Well actually there is. There’s no water in football!” Cross Rhodes gives Cody two so he tries the Coffin Drop, only to hit raised knees. Darby’s Coffin Drop connects but he leans back too far and Cody gets the rollup pin at 20:23. Jericho: “What was in that water Schiavone??? THAT WAS SPIKED WATER!”

We get the second part of the Scorpio Sky bio, this time focusing on him joining SCU. He didn’t want to just be their third wheel but then he found the THIS IS THE WORST TOWN shtick and it took off. Sky doesn’t want to be good or even great, because he wants to be f****** legend.

Maxwell Jacob Friedman understands that we all feel like we’re in an Uber with a foreign driver who won’t use the GPS: lost. He has been to his nail doctor, who happens to be the most advanced doctor in his field. Now, he has healed so well that he has OVER healed and has the strongest nail ever.

MJF wants to be back on Dynamite and he was so excited that he NICKED HIS NECK WHILE HE WAS SHAVING! The scarf comes off to reveal a neck brace and now he can’t get on a germ infested plane and wrestle in front of six or seven people. He cares oh so much for you people during your time of need and wanted to be back. He is the storm on the horizon and the candle in a dark room. Just remember that he is better than.

Musa bounces off of him to start as we hear about how handsome Wardlow really is. For some reason Musa slaps him in the face and manages a handspring knee to the chest. That drops Wardlow to one knee so Musa gets driven straight into the corner. The release F5 finishes Musa at 2:24.

It’s time for round three of the Bubbly Bunch, with Sammy Guevara saying that if anyone thinks he lost the Flim Flam last week, they can suck his bottle of hand sanitizer. Jericho says they can agree to disagree, meaning they can have a Manitoba Melee. That would mean fighting each other over the phone, as they kick the screen, which somehow hits a variety of people, including Peter Avalon, Sonny Kiss, Jungle Boy, Chris Jericho’s Dad, Lou Ferrigno, Kevin Smith (yes that Kevin Smith), Gabriel Iglesias, maybe Hornswoggle, Virgil, and Vickie Guerrero. Jericho: “STOP! THAT WAS AWESOME!” I’d say that’s accurate.

Anything goes with Penelope Ford and Orange Cassidy as the seconds. It’s a brawl to start and Chuck hits a big flip dive onto both of them on the floor. A big chair toss to the head drops Cassidy (Jericho: “YES!”) and Havoc suplexes Chuck onto some steps. Trent hits his own big flip dive over the top onto Sabian, who is right back in to stomp away. Havoc pelts the chair at Chuck and it’s time for a ladder.

Havoc does make sure to tag his way in so Sabian can kick Trent into a double eye poke. The ladder is laid over the middle ropes, followed by Trent diving into a Backstabber for two. Chuck makes the save but gets sent outside again, followed by more chair shots to take him down again. Havoc takes a pair of chair throws and the Big Hug crushes him. Sabian gets caught in Soul Food into the dragon suplex for two but Sabian sends Chuck into the corner. A tornado DDT plants Sabian and a running knee into a chair to the head gets two with Havoc making the save.

Havoc and Sabian go onto the ladder in the corner with Sabian getting dropped down hard. Havoc lays two open chairs on their side and puts Trent on top for a double stomp from Sabian. Chuck makes the save and plants Havoc on the open chairs. A piledriver onto a chair gets two on Sabian with Ford making the save. The Friends are sent outside and it’s Cassidy getting back up to dive onto Sabian and Ford on the floor. Chuck coms back in with a running Awful Waffle (over the shoulder piledriver) to Havoc onto the chairs for the pin at 13:20.

We go to Britt Baker’s office (heavily decorated with pictures of her and Schiavone, plus a video loop of their interviews) where she is getting ready for a Role Model segment. She has a makeup lady named Rebel (formerly of Impact Wrestling) and can’t remember her name no matter. Baker takes her to another room and insists that Rebel (or Riba) say it right. We get the next tip, with her Twitter handle popping up by mistake of course, which is how it’s not ok to wear glasses, be fat, or have snaggle teeth. She just happens to use a photo of Tony Schiavone to prove her point every time.

Spears takes him down to start and then hits a hard clothesline in the corner. The shot was so good that Spears stops to dance before catching Baron with a spinebuster. With a look to Jericho, it’s the arrogant cover for two, sending Jericho into pleased hysterics. The C4 into the Sharpshooter makes Baron tap at 3:42.

We recap Marko Stunt vs. Brodie Lee. Stunt got crushed by Lance Archer once and now it’s time to do it again against another monster.

Lee throws him down a few times to start and a big boot makes it worse. Some chops in the corner make it worse as Jericho accuses JR of being part of the Dark Order. Stunt is knocked to the apron so Lee goes outside and walks towards him, but makes sure to catch a suicide dive with ease. Lee throws him down but Stunt dives back in at nine. Back in and Stunt gets up a boot in the corner, only to dive into a swinging Boss Man Slam. A pop up sitout powerbomb finishes Stunt at 3:11.

Jon Moxley is in the desert and talks about how much things have changed in the last eight weeks. One day, we will be back together and he’ll be bleeding and swearing. Right now though, it’s time to be thankful for things, like his wife for putting up with him and steel chairs, because a DDT on a chair is better than a DDT not on a chair. He’ll be live next week and it’s time to find out who he’s going to be facing at Double Or Nothing. Until then, support your local businesses by ordering takeout and BE SURE TO CALL YOUR GRANDMOTHER!

Dustin has Brandi in his corner. Dustin hits him in the face a few times to start so Archer gets in a shot of his own, sending Dustin outside. Back in and Archer gets low bridged to the floor, followed by more right hands as he gets inside again. The scoop powerslam is blocked though and Archer knocks him outside hard. Brandi has to back away from Archer, who bounces a chair off of Dustin’s head.

Dustin is busted open and we take a break. Back with Archer running him over again and winning a slugout on the floor. Archer looks at the blood on his hand, shrugs off a hope shot from Dustin, and snaps off a suplex. The blood is pooling up on the mat so Archer grabs him by the head. Dustin gets up and slugs away in the corner, even managing to hit Shattered Dreams.

Archer isn’t having any of that though and pulls Dustin up, setting up an armbar with a hand in the face as we take a break. Back with Dustin fighting back again and hitting the powerslam. Right hands in the corner are cut off but Dustin slips out of a chokeslam. Cross Rhodes gets one on Archer so he chokeslams Dustin for two. A rope walk moonsault gives Archer two more and another chokeslam plants Dustin…who reverses the cover into a crucifix for two. Ok points for a really good false finish.

Archer is ticked so he rips a turnbuckle pad off and Dustin goes face first into the exposed steel. That’s not a DQ so Archer does it again, which draws out Cody with a towel. Dustin says no and pulls the towel in with him. That just earns him a bunch of claw slams onto the mat and the pin from Archer at 22:42.

Result: Lance Archer b. Dustin Rhodes – Archer slammed his head into the mat (22:42)

Cody glares at Archer to end the show. 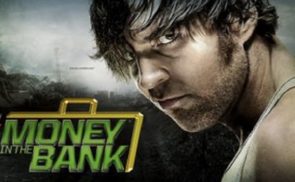 First Match Confirmed For AEW Double Or Nothing