The best ever? AEW has not been around all that long and is taking a bit of a different approach to the wrestling market. Rather than being like WWE with their monthly (if not more than monthly) pay per view offerings, AEW has only run about five of them in their first year of existence. That means they don’t have many numbers to compare, but they might have the biggest one of them all.

Last weekend, AEW presented Double Or Nothing 2020, their fifth pay per view event. The show was stacked with a double main event of a World Title match plus the first ever Stadium Stampede. The rest of the card didn’t look bad at all either and it was a rather big card they had put together.

According to the Wrestling Observer Newsletter, Double Or Nothing may wind up being the most purchased pay per view AEW has ever produced. The number of streaming purchases for the pay per view are up 15% from Revolution in February. While the cable purchases have yet to come in, if they see the same increase, the show would reach about 120,000 buys, which would be the most in company history.

It certainly was a big show. Check out some of the build and fallout:

Opinion: I know it’s not much to go on, but being the best show in the first year is as good as they can get right now so well done. They did a nice job of building the show up, but what matters now is building on what they have already done. If they can do that, then they are going to be in even better shape. For now though, congratulations on doing well with what you have.

What did you think of the show? How will their future pay per views go? Let us know in the comments below. 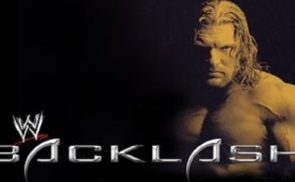