AEW Double Or Nothing 2020 Preview Predictions And Thoughts

It’s that time of the season again as AEW actually ventures into the pay per view market. This time around it’s going to be a little different though as, like everything else, there won’t be any fans in attendance outside of whatever wrestlers AEW can have sitting in the crowd. It’s not much but it’s better than nothing and that’s what they have to do here. The card looks ok but the build doesn’t have the same fire as usual (fair enough in this case). Let’s get to it.

This is for the #1 contendership, despite Private Party only wrestling on Dark in recent months (their last win in a two on two tag match on Dynamite was before Thanksgiving, as in before the records reset) and Best Friends, who seem to be on every AEW show in the history of ever (the world needs those hugs)…..well not being all that great. There hasn’t been much of a build to this, but given that the champs haven’t defended their titles since the last pay per view, I don’t think it matters all that much.

I’ll take the Best Friends here, as AEW certainly loves them and Private Party has cooled WAY off since their hot start in the Tag Team Title tournament. The tag division is something that has a lot of depth to it but AEW doesn’t really use a lot of what they have. I know there are more important things around, but that division has cooled off a lot in the last few months and that started before the pandemic. Getting this on here is nice, but it doesn’t mean much if you don’t follow up on it.

I know this won’t go over well but I really can’t bring myself to care about Rhodes as much as AEW wants me to. Yes he’s had an incredible career resurgence the last few years and looks great, but he’s the same guy who has been a career midcarder for about thirty years. He’s had some very good matches and can talk as well as ever, but I’m not exactly hanging on the edge of seat to see what he is going to do next.

Therefore, Spears is the one that makes sense here and it seems like we’re heading towards Rhodes’ retirement. Then again that has seemed to be the case for a long time now and it wouldn’t shock me to see him win in a YOU STILL GOT IT moment. That might not be the best idea, but that has never stopped a member of the Rhodes family before. Spears should win and I think he will, but I don’t have that much confidence in it.

Ford is a replacement for the injured Britt Baker, as AEW had one of the rockiest nights in their history with injuries this week. As a result there isn’t a story here, but there wasn’t much of one between Baker and Stadtlander either so it evens out well enough. I’ve been a fan of both of these two since I saw them for the first time so we could be in for a good one here, assuming they can have much of a match.

I’m going with Ford here, but not by much. Stadtlander has been on a pretty hard slide since serving as the challenger of the month so there isn’t much of a reason to give her a win here. Ford doesn’t need it either as she is the kind of person who can get heat just by putting on the sunglasses and frowning while doing the splits, but I’ll go with her as she has a lot of potential on her own. It’s another coin flip though.

Dang they love this gambling motif (yes I know the show was scheduled for Las Vegas). This is a nine person ladder match because the more people you have in a ladder match, the better it is. Or something. Fenix has been replaced by Joey Janela, because the best replacement for a skilled high flier is a guy who randomly dives off of stuff with his eyes bugging out. There’s never any way of guessing these things so it’s kind of a blind gamble.

Give me Scorpio Sky for the surprise win as they seem to have some plans for him. I can’t imagine him winning the title, but he can wrestle a good match and talk well enough to make it work for a one off. As for the mystery entrant…..assuming none of the April 15th people are available because of no compete clauses, I’ll go with…..probably Marko Stunt actually, though Drew Gulak is a possibility. But yeah, Stunt would be the least interesting so I’ll take him and hope that he crashes off of something really high.

Even though this has been presented as the main event, I’ll take AEW’s word when they called the World Title match the main event. The big draw here is Mike Tyson, whose appearance kind of gives away the ending. I can understand why he’s on the show and that’s all well and good, but it doesn’t exactly make for the most thrilling, drama filled match.

Of course Cody wins here, as you know he’s going to. Do you honestly believe that AEW is going to have Archer pose with Tyson instead of one of the faces of the company? That was kind of a giveaway and it wouldn’t shock me to see this as the big ending of the show. It shouldn’t be, but it also wouldn’t surprise me.

This is a match that has been built up for several weeks now as Shida has been #1 in the rankings for months. Why it took so long to get to the title match isn’t clear, but at least we are finally seeing it go down. The women’s division has gotten a lot better in recent weeks and hopefully it continues to improve. I’m just not sure if it would get better with Shida winning.

I’ll go with Rose retaining, as she seems to be someone there for the sake of building up a challenger to take the title off of her later on. Rose hasn’t been around as much lately but there is only so much that you can do in the current situation. Maybe she can be around more often in the future, and that would include retaining the title here.

Boy has been one of the best surprises in all of AEW as I was expecting some lame Tarzan character and got someone whose name has almost nothing to do with what he does in the ring. That’s a good thing, as the character could have been something so much worse. What matters here is showcasing the future though, as these are two guys who could be a big deal for AEW for a long time to come.

There is no real reason to pick Boy here so I’ll take Friedman to win after an entertaining match. Friedman is one of the most entertaining people in all of AEW and it would make little sense to have him lose here. Just let him continue rising up the card until he can eventually win the World Title, which would confirm his status as one of the best in the world today. For now though, he wins here.

This is going to be your completely insane match of the night as it’s taking place in the middle of an empty football stadium where anything goes. These people could be all over the place with one crazy idea after another, but I have a bad feeling that we are just going to get something overly ridiculous with one spot after another rather than anything that follows a flow. Then again, they have surprised me before and they might again here.

I’ll go with the Elite winning here, as the Inner Circle has won a lot of the major battles in the rivalry so far. Therefore, it’s time to switch things up a bit and it makes sense to have the Elite get a win back. If nothing else, with the Young Bucks and Hangman Page finally back, it would be a little strange to have them lose here. The match will be a spectacle, but hopefully they focus on the match enough and not just the spectacle.

So Lee is 5-0 in AEW, having defeated QT Marshall, Lee Johnson, Justin Law, Marko Stunt and Christopher Daniels. Given that two of those people have never won a match in AEW and another is a glorified mascot, I don’t think strength of schedule matters much around here. I’m not entirely sure who is going to win here, but it should be a heck of a fight.

Give me Moxley to retain here, but after they beat each other up a good bit. Lee is a lot better now that he has dropped the Vince McMahon stuff but he still isn’t all that entertaining. Couple that with the fact that Archer is pretty much better at every aspect, there isn’t much of a reason to go with Lee as the champ here. Moxley should be destined to face Friedman, but you never know where they might go around here.

AEW knows how to do some great things but they are lacking a bit without their crowds around. I’m not sure how well the show is going to go but I’m interested in enough of the matches and hopefully that means they can pull something off. The pieces are in place to make for a good show and AEW’s pay per view track record is pretty solid so far. If anyone can make you forget about the lack of fans it’s this company and maybe they can do it here. 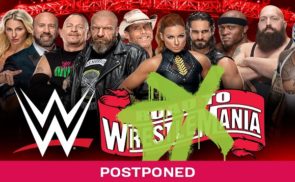 WWE May Not Bring Back Live Events After Coronavirus 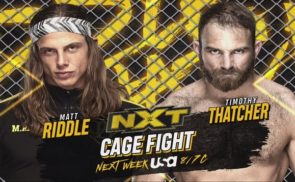