If you would like to see this show, you can check it out for free right here: 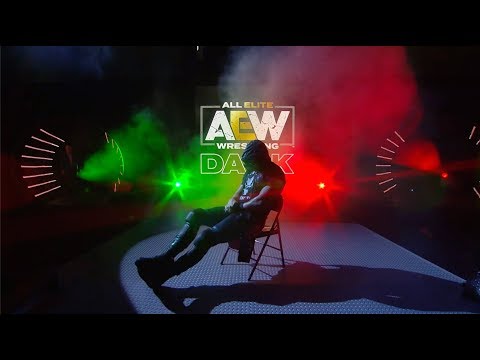 I’m still not 100% sure what to expect from this show but that doesn’t make it a bad thing. In other words, we could get an instant classic or we could get a bunch of nothing, but that Kenny Omega vs. Joey Janela match is starting to seem like more of a fluke than anything else. Hopefully this show is a little better than Dynamite, which was their weakest show yet but still perfectly watchable. Let’s get to it.

Tony welcomes us to the show and brings in Spanish commentator Dasha Gonzales. We run down the card and we’re ready to go.

Tully Blanchard is here with Spears and Friedman is already all over Spears. MJF can’t get why Nakazawa says Naka Naka Naka etc. during his entrance. Nakazawa gets backed into the corner to start and he complains of an eye poke. That doesn’t get him very far so it’s time to trade wristlocks. A snapmare puts Nakazawa down and it’s a little strutting to show off.

The waistlock goes on and there’s the baby oil to get Nakazawa out. Spears and Tully slip on the oil. Back in and Spears starts in on the spine with some forearms as the pace slows. The half crab stays on the back as the announcers talk about how painful a chop can be.

Nakazawa fights back up with some forearms and a shoulder gets two. A Samoan drop gets the same….and Nakazawa pulls off his underwear to wrap around his hand. Spears kicks him in the face and hits a slingshot Jackhammer for the pin at 8:38. MJF: “He is still ridiculously ugly.”

MJF gives Martinez some crazy respect by saying he respects her. He is back to form by insulting Gibbs’ teeth. Excalibur: “You can’t just be nice?” MJF: “You’re an idiot.” Swole’s wristlock on Gibbs doesn’t last long as she gets flipped down into a quickly broken chinlock. Sadie wins a battle of shoulders and…let’s look at a fan, which makes me wonder how bad that was. Swole sends her into the corner and it’s Martinez coming in to hammer away.

Allie comes in for a crossbody into a backsplash for two and it’s already back to Sadie. Mercedes gets clever by rolling into the back of Sadie’s legs to take her down into a curb stomp for two. Swole slugs away at Sadie and a kick to the face gets two. The guillotine choke is countered into a suplex to plant Swole and it’s off to Allie to take over on both of them.

Another camera cut seems to hide what was supposed to be a sliding clothesline in the corner but Martinez drives Allie back into the corner. Allie’s Russian legsweep gets two on Swole so she kicks Allie in the face again. Martinez hits Two Amigos into a delayed vertical suplex on Allie as Swole dances on the apron. A Backstabber gets Allie out of trouble but Martinez knees her in the face.

That’s enough for a double tag to Gibbs and Swole as everything breaks down. Allie cleans house but MJF wants her to grow up and stop caring about what the fans think of her. Everyone but Sadie heads outside so there’s the Sasuke Special. Even MJF is impressed as it’s time for the parade of secondary finishers to put everyone down. Martinez powerbombs Sadie into a neckbreaker for two with Allie making a save. Allie superkicks Swole down and Gibbs adds the moonsault for the pin at 14:34.

Britt Baker isn’t happy with Bea Priestly for injuring her at Fight For The Fallen and not even caring. Priestly is no professional and Baker wants her to feel helpless in the Lockjaw at Full Gear. Baker: “That means I can rip your jaw off your f****** face Bea.”

The match is confirmed for the Full Gear Buy In, which Tony says is tomorrow night.

Video on the contract signing between Chris Jericho and Cody, which led to Dustin Rhodes being taken out by the Inner Circle.

Cody’s sitdown interview this week is with Jimmy Havoc, who has gotten where he is by being himself. Then he got into the hardcore stuff and is still being himself, which has made him successful.

MJF can’t buy that Stung is 23 and older than Jungle Boy. Havoc takes Boy into the corner to start and we get a shockingly clean break. Boy takes him down by the arm but Havoc takes over with one of his own. MJF says Boy is very good, but he is much better of course. Janela comes in for a wristlock of his own but Boy reverses into a headlock and brings in Stunt. That wristlock doesn’t work at all and it’s back to Boy vs. Havoc to prevent any more embarrassment.

Boy dropkicks Havoc for two and it’s back to Stunt to hammer away. MJF: “It’s like if a squirrel had rabies.” Havoc and Janela are sent outside for a suicide dive from Stunt and an Asai moonsault from Boy. Back in and Stunt hits a top rope stomp onto Janela’s arm, meaning it’s Floss Dance time.  Havoc breaks it up and Stunt is in trouble.

Janela plants Stunt with a German suplex to take over and we hit a cravate. There’s another suplex and MJF is WAY too pleased with Stunt being beaten up. Havoc bits Stunt’s head but Stunt rolls forward and gets the hot tag off to Boy. House is cleaned in a hurry and it’s Janela hitting Havoc by mistake. Boy’s standing moonsault double knees gets two on Havoc and there’s an atomic drop to Janela. We get the big sell and Boy even inspects the injury.

Another atomic drop makes it worse and Boy powerbombs Stunt onto him for two. Boy has to chop both opponents at once but gets powerbombed thanks to the numbers game. Havoc’s Tiger Driver 98 connects but Stunt comes in for a shot of his own to put everyone down. Havoc can’t hit the Acid Rainmaker on Boy so it’s a Michinoku Driver for two on Stunt instead. It’s staple gun time with Havoc handing it to Janela….who staples Havoc instead. With Boy down, Janela loads up a super package piledriver on Stunt to knock him silly for the pin at 15:05 as Havoc takes care of Boy.

Post break Tully runs into a smoking Janela, who has disrespected him before. Spears jumps Janela from behind and holds his tongue down with pliers so Tully can burn a cigarette onto his tongue.

The hosts wrap it up.