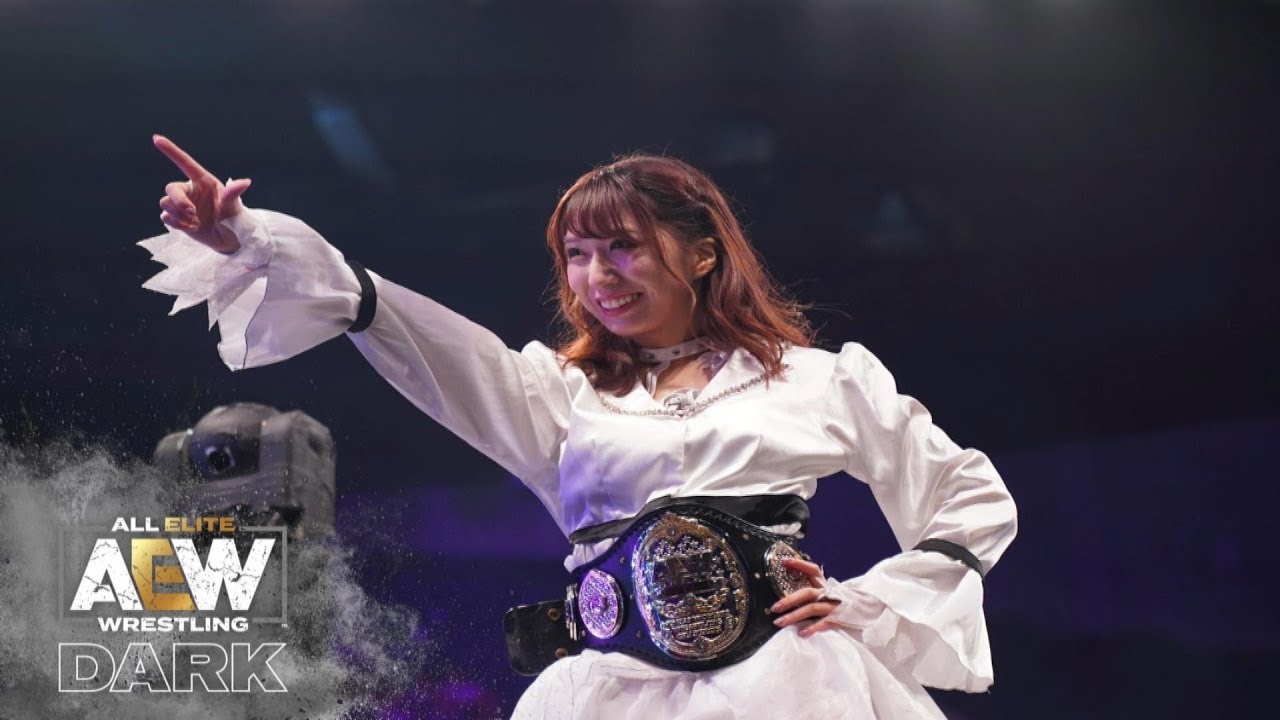 This show continues to be all over the place and that is rather interesting at times. You never can tell what to expect on something like this and that’s one of the best things about it. Hopefully it’s a bit shorter than last week, which was longer than a show like this needs to be. Let’s get to it.

Tony runs down the card.

Non-title. They go with the technical stuff to start with Nakajima grabbing a headlock to little avail. A dropkick puts Nakajima down but she’s able to send Riho out side for a suicide dive. Back in and a cravate with knees to the head rock Riho some more, setting up a running basement Blockbuster. Nakajima pulls on both arms at once but Riho rolls through into a double stomp.

Riho misses a 619 so Nakajima tries and misses her own, only to keep swinging to hit a second attempt for a cool spot. They slug it out until Nakajima grabs a guillotine, only to get reversed into a northern lights suplex for two. A top rope double stomp gets two on Nakajima and it’s off to a pinfall reversal sequence for two each. Nakajima misses a top rope backsplash, allowing Riho to hit a running knee to the face for the pin at 7:32.

Havoc takes him to the mat to start and Sonny can’t spin out of a wristlock. A quick reversal into a sunset flip gives Kiss two and he takes Havoc down with a hurricanrana. The handspring splash just annoys Havoc so he knocks Kiss down in the corner. They fight to the floor with Kiss chopping the post by mistake, allowing Havoc to bend the arm around the turnbuckle.

Back in and we hit the armbar on Kiss, followed by a suplex to send him into the corner for two. A Death Valley Driver gets two and we hit the Fujiwara armbar to keep Kiss in trouble. That’s broken up and Kiss hits a one armed belly to belly, plus a front flip kick to the ribs for two. Kiss tries a Matrix but hurts his arm, setting up Havoc’s cross armbreaker, with the finger being bent back to make Kiss tap at 10:01.

Golden is taller and grabs a headlock to start. Shida’s shoulder has no effect and Golden throws her down by the hair. A whip into the corner gets two but Shida manages a backbreaker. Golden is right back with a much bigger side slam and a Vader Bomb gets a deep cover for two. This time it’s Shida coming back with a running forearm and a missile dropkick puts Golden down. She isn’t down long though as she is right back up with a running enziguri and a Falcon Arrow. Shida is fine enough to hit a running knee for the pin at 6:29.

Jungle Boy/Marko Stunt here while Alex Reynolds and John Silver are out with the Order. Stunt avoids a charge from Grayson to start and hits a springboard bulldog. That just earns Stunt a running elbow to the face so it’s off to Jungle Boy for a hiptoss. A basement superkick has Grayson in trouble and it’s Uno coming in for an elbow to the face. Uno hits a Swanton for two more and Grayson adds a spinebuster for the same.

Boy tries to fight up but gets his back raked to take him down again. A slingshot hilo to the apron keeps Boy down and there’s a t-bone suplex to make it worse. The Fatality is broken up though and it’s Stunt coming back in for the dodging disguised as offense. A tornado DDT plants Uno as everything breaks down.

Boy hits a suicide dive on Silver and Reynolds, followed by a Samoan drop for two on Uno. Grayson gets caught in a bridging German suplex so Uno slams Stunt onto him for the save. Uno tells Boy to stop and then punches him in the face before Grayson catches Stunt’s super hurricanrana. That means Stunt can be thrown at Uno for a sitout powerbomb and now the Fatality is good for the pin at 9:45.

Post match the Dark Order goes after Boy but here are Luchasaurus and SCU for the save. Posing ends the show. 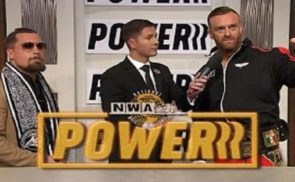