If you would like to see the show for free, you can see it in full right here: 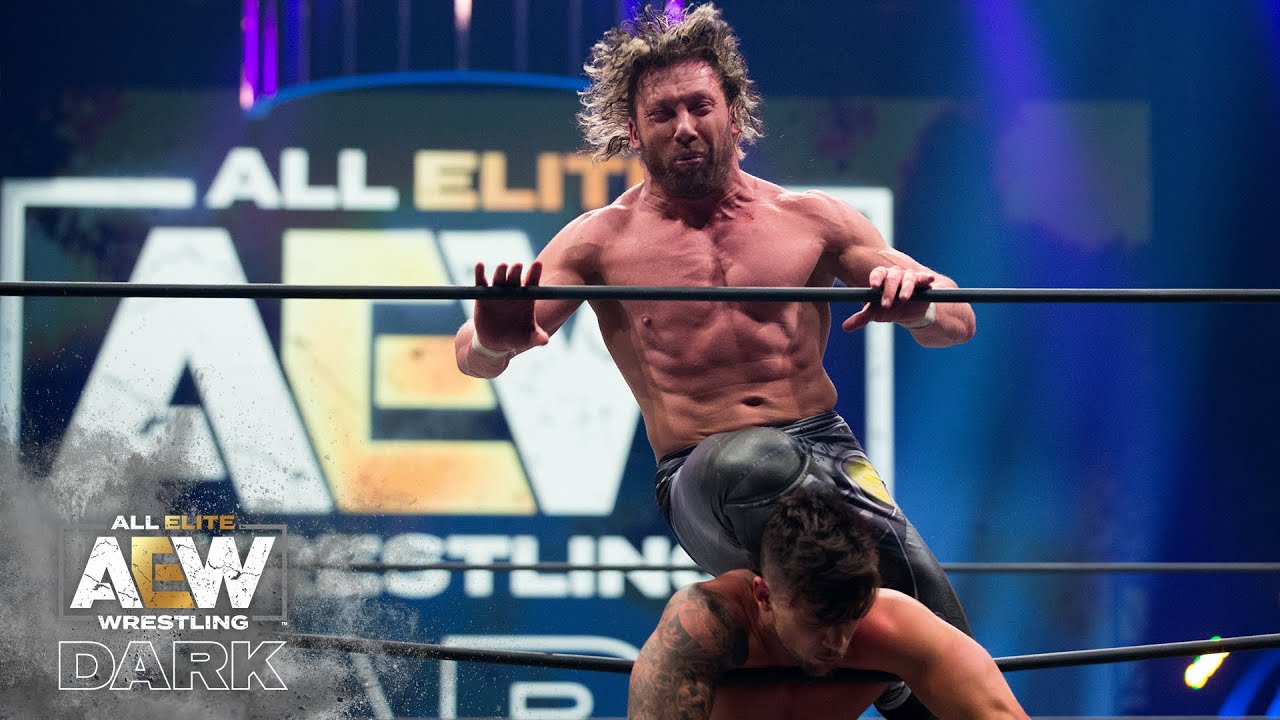 It’s another week as we get closer to the end of the year. The card is going to be your usual mystery bag as the show is likely to get even longer. Rather than just being a collection of dark matches (which aren’t dark as they are being filmed and aired but that isn’t the point). Instead it’s just a toned down Dynamite, which doesn’t work as well when it’s the day before next week’s show. Let’s get to it.

Havoc goes straight for the weapons to start so Sky knocks him down before the staple gun can be brought in. That lets Sky hit a spinning crossbody for two on Avalon as Havoc gets inside again. Havoc sends Sky into the corner and hits a sitout implant DDT on Avalon. Sky fights back but Avalon knocks him down as well, meaning it’s time for the double teaming.

That’s fine with Sky, who suplexes Avalon onto Havoc and then dives onto both of them again. With Avalon down on the floor, Havoc hits a Landslide for two on Sky. It’s staple gun time but Avalon knocks it out of Havoc’s hand and gets his own two. Sky throws Havoc outside though and TKOs Avalon for the pin at 6:30.

Here’s Chris Jericho, flanked by Jake Hager, for a chat. After shilling A Little Bit Of The Bubbly, Jericho pulls out a list….and the fans cheer. Actually they need to get out of 2016 because this is THE LEXICON OF LE CHAMPION! Anyway he has to wrestle one more time in two weeks to wrap up the year but he has some people he won’t wrestle:

Jericho says he wasn’t finished because dinosaurs and little children were up next. Luchasaurus roars at him and then speaks normally, bringing up that he can talk and has a degree in Medieval History. It’s no surprise that dinosaurs are on the list because they’ve been marginalized for 65 million years. Yes Marko is small, but he’s more of a man than Jericho will ever be. That leaves Jungle Boy, who Jericho dubs “a piece of s***”. Jericho doesn’t think Boy could last ten minutes with him, so Boy takes the mic and says he’ll take Jericho out. The fight is on with Hager and Jericho bailing.

Marko Stunt and Luchasaurus for the Express here. Luchasaurus growls Reynolds into the corner so it’s off to Silver, whose chop is swatted away. The monster starts kicking away so it’s off to Stunt to miss a charge in the corner. A running knee gets two on Silver but Reynolds breaks up the dive. Silver’s superkick gets two and Reynolds stands on Stunt’s hair as it is rather cathartic to see Stunt get hurt.

A gorilla press into a cutter gets two on Stunt but he’s fine enough to small package Reynolds for the same. Stunt can’t kick him away so it’s a wheelbarrow roll to get over to Luchasaurus instead. House is cleaned in a hurry (as expected) and there’s the double chokeslam. A powerbomb/top rope flip neckbreaker combination finishes Reynolds at 6:18.

We look at the current state of/recent events in the women’s division, including Nyla Rose being suspended for attacking a referee.

Post match here are Awesome Kong and Brandi Rhodes to dub themselves the Nightmare Collective, saying that they do the jobs no one wants to do. Kris is all up in her business and that may give Kris an opportunity. Brandi tells Kris to pledge herself to the Nightmare Collective right now but before there’s a yes, Kong gets in Kris’ face. A female fan at ringside offers to pledge and security lets her come to ringside. She lets Kong cut off her hair and that’s that. No answer from Kris, as she doesn’t seem interested in joining the newest cult/faction.

We get a profile on Big Swole, whose name means a big personality. She had emergency surgery in 2008 and actually died but had to be brought back to life. Then she had a daughter and has taught her that she needs to live every day because you never know when it might end.

Here are the women’s rankings:

Christopher Daniels was banged up and is furious at hurting himself. He came out early and got beaten up by Pentagon Jr. Daniels isn’t done with him.

We get the explanation from the Bunny of why the Butcher and the Bunny attacked Cody.

Here’s Cody for a chat. He talks about how he isn’t allowed to challenge for the World Title again but everything his gone nuts around here. His brother and the Young Bucks are in a blood feud with Santana and Ortiz, his wife has joined forces with a monster who steals women’s hair and then there’s the Butcher and the Blade. If they wanted a match with him, all they had to do was ask and they can even choose his partner.

That brings him to Maxwell Jacob Friedman, who had no business to throw in the towel at Full Gear. There are a lot of things people can criticize about MJF. He’s short, he might wear a fake scarf, and he does the worst Cross Rhodes in wrestling. Cody: “At least they’re botching it on two channels now.” Or maybe it’s the fact that he’s an NWO low rent Chris Jericho. But MJF won’t fight him, so Cody is willing to sweeten the pot.

Cody offers the keys to his Ford Black Ops (Google says it costs about $88,500), his watch from Tony Khan, and his Louis Vuitton shoes. If that’s not MJF’s speed, Cody brings out a briefcase with about $50,000 cash. To prove it’s real, he gives a kid in the front row $100 and the kid looks….confused? Anyway, come play ball with him and name your price.

We get MJF’s response, where he announces that he hired the Butcher and the Blade to jump Cody, which somehow didn’t make Dynamite.

Video on the six man tag opener from Dynamite.

Buy a Little Bit Of The Bubbly!

Sabian has Penelope Ford in his corner. They fight on the mat to start with Omega tripping him a few times to take over. Omega misses a big chop so they run the ropes, with Kenny plowing through him for two. A head fake lets Omega chop away in the corner and some more knock Sabian off the top to the floor. Ford offers a distraction though, allowing Sabian to hurricanrana him to the floor.

Ford’s hurricanrana makes it worse and Sabian keeps it up with a hard whip into the corner. A hanging swinging neckbreaker gets two on Omega but he Hulks Up for the slugout. Omega clotheslines him down and You Can’t Escape gets two. Sabian is right back with a springboard tornado DDT for two and Omega is sent to the apron. Ford grabs the leg but Omega is back with a powerbomb.

The running knee to the back of the head rocks Sabian again but he pulls Aubrey Edwards in the way of the V Trigger. Omega pulls up, allowing Ford to come in for a Stunner so Sabian can get two off a kick to the chest. The V Trigger into the snapdragon so Ford comes in again, only to get thrown into Sabian. A Tiger Driver 98 gets two on Sabian and it’s another running knee to the back of the head, setting up the One Winged Angel for the pin at 14:21.