We’re on the way to a title match at Clash of Champions and that means we need to heat up the challenger a bit more this week. Therefore it’s Humberto Carrillo vs. Lince Dorado, which should be quite the high flying spectacle. Other than that we get some more of all the usual shenanigans around here, which means a lot of solid wrestling but not much in the way of stories. Let’s get to it.

We open with Erick Rowan leaving Daniel Bryan and Roman Reigns out at ringside after the end of Smackdown. Reigns slowly gets up, looks at Bryan, and staggers away. This eats up over four minutes.

Earlier today, Carrillo and Dorado met with Drake Maverick, who confirmed their match. Dorado asks why he hasn’t had a Cruiserweight Title shot but Carrillo says that he earned his shot. Maverick makes a deal: if Dorado wins tonight, the Clash title match is a triple threat.

Nese goes straight to a waistlock to start and Mike bails to the rope. A headbutt works a bit better for Kanellis but Nese sweeps the leg for two as the announcers talk about the not present Maria. They head outside where things pick up in a hurry with Kanellis DDTing him onto the ramp for a loud crash. That’s good for a nine count and the Samoan driver gives Mike two more.

Maria is watching in the back and the chinlock goes on. That doesn’t last long so Kanellis backdrops him to the floor for a nasty looking crash. Back in and we hit the chinlock again. Tony fights up this time and hits a release German suplex into the corner but it’s too early for the Running Nese. A spinwheel kick drops Kanellis but the Sunset Driver is broken up. Kanellis grabs a spinebuster for the same so it’s time to go up, allowing Nese to snap off a super hurricanrana.

One heck of a clothesline takes Nese down but Kanellis can’t follow up. Kanellis orders Nese to hit him so it’s a very good left hand to stagger make Mike stagger. Nese dropkicks him to the floor for the big Fosbury Flop, setting up a 450 back inside. That’s only good for two in a surprising kickout and the fans declare this to be awesome. Fair enough in this case. Nese’s Sunset Driver is countered so he kicks Kanellis in the face instead. Kanellis superkicks him right back though and the twisting faceplant finishes Nese clean at 11:30. 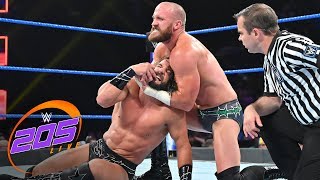 Mike and Maria both look rather pleased.

Ariya Daivari wishes Dorado good luck in tonight’s match and would like a thank you for the help. Dorado isn’t down with that and says the House Party can succeed together. He knows Daivari was just in this for himself and there is no them.

The Singh Brothers aren’t impressed by Akira Tozawa and Brian Kendrick. They’ll reintroduce the two of them the lights, camera and the Bollywood action.

Scott tries a waistlock on Kendrick to start so it’s a blind tag to Tozawa, who kicks Scott in the face to take over. The right hand knocks Scott down again and it’s a double Japanese armdrag to make it worse. Hastings comes in and gets hit in the face again as Nigel can’t believe that Aiden is a licensed thespian. It’s back to Scott, who gets kicked in the face, setting up an enziguri/Downward Spiral combination to give Kendrick the pin at 2:42.

Welcome to the big leagues: 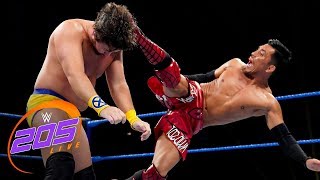 Post match Kendrick wants to know where Jack Gallagher is this week. Kendrick expected this but it’s ok because the two of them will face Gallagher and a partner of his choosing next week. If Gallagher can find a partner that is.

Nese is furious so Oney Lorcan tries to calm him down, earning himself a beating instead. Nese does NOT like Lorcan saying he’s been there too.

If Dorado wins, he’s added to the Cruiserweight Title match at Clash of Champions. We get a serious handshake to start an an early flying mare sends Carrillo flying. The standoff lets the fans do the Lucha Dance until Carrillo takes him down by the leg. Back up and Dorado flips away from a wristlock, setting up an armdrag of his own. With that not working, they chop it out until Carrillo’s springboard armdrag has Dorado in some trouble.

A running hurricanrana puts Dorado on the apron but they switch places, allowing Dorado to hit a suicide dive DDT for a nasty looking crash. That’s only good for two back inside and the chinlock goes on, with Dorado forearming him in the face. A spinwheel kick sets up a nice top rope splash for two on Carrillo and we hit the reverse chinlock.

That lasts all of a few moments before Dorado puts him on top but gets knocked down, setting up the great looking missile dropkick. A standing moonsault gives Carrillo two and it’s a big flip dive to the floor to make it even worse. Back in and the top rope moonsault gets two more but they’re both gassed. The Golden Rewind is blocked so Dorado goes with the inverted hurricanrana for two instead.

Dorado’s chop is countered into a sitout powerbomb for another near fall. They slug it out with Dorado getting the better of things until Carrillo kicks him in the head. A spinning enziguri makes it worse but Dorado is right back with a fireman’s carry gutbuster. The shooting star hits Carrillo but the bounce means no cover as Carrillo rolls outside. Back in and a quick hurricanrana finishes Carrillo at 13:49. 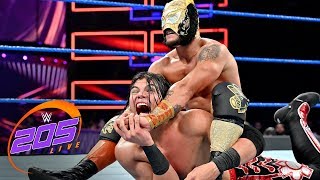 Post match Gulak runs out and beats down Dorado. Carrillo looks on but here’s Nese to run him over as well as the old friends are back together. The Running Nese and Cyclone Clash leave the future challengers laying to end the show. 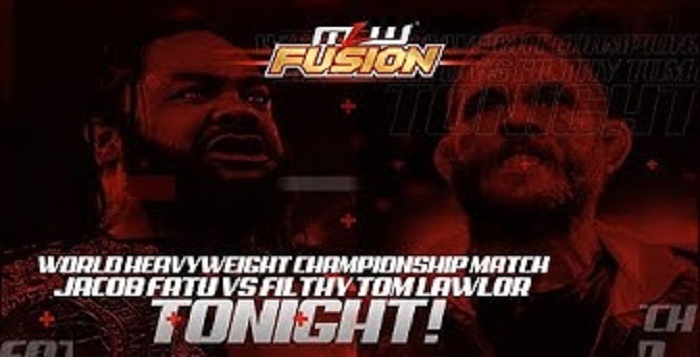 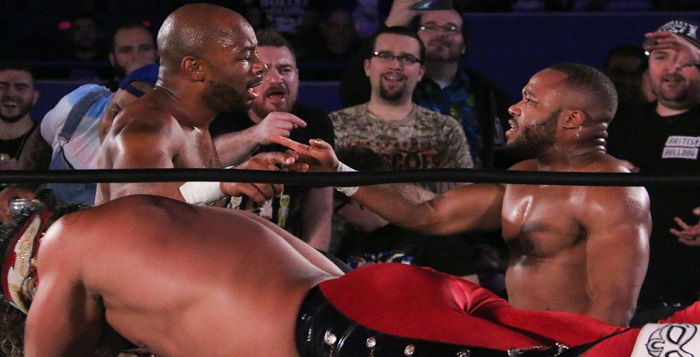