We’re still building towards Ariya Daivari vs. Tony Nese for the Cruiserweight Title for reasons that I don’t quite understand. They really need some fresh talent to go after the title and we might be able to get somewhere close to that with Akira Tozawa vs. Mike Kanellis in a No DQ match tonight. Let’s get to it.

Mike and Maria Kanellis are ready to show us a changing of the guard in the cruiserweight division because Mike is better than the best. Beating a former Cruiserweight Champion is a great way to get to that goal and with Brian Kendrick barred from ringside, it can be a fair fight.

Kendrick can’t wait to see Tozawa beat Kanellis once and for all. Whether Kendrick is out there or not, Tozawa is ready to be as violent as he needs to be and Mike is screwed.

Tony Nese comes out for commentary and there is no hiding the empty seats this week. The traditional exchange of wristlocks goes nowhere so Daivari punches him down in the corner for some more success. Dar gets one off a very spinny backslide and a running dropkick sends Daivari outside. An argument with Nese wakes Daivari up a bit as he sends Dar face first into the announcers’ table to take over.

Back in and we hit the variety pack of stomps before it’s off to the Million Dollar Dream to bring Dar to his knees. Dar flips back to break it up but Daivari kicks him to the floor again. Another argument with Nese lets Dar get two off a small package. A northern lights suplex gets the same and Daivari has to kick out of the ankle lock in a hurry. Dar slaps it on again though and gets it broken up again, this time with a superkick cutting him off. The frog splash sets up the hammerlock lariat to finish Dar at 8:44.

You have to build momentum: 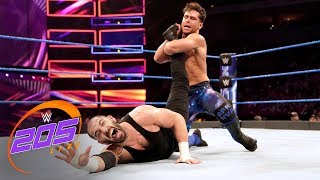 Post match Daivari motions that he wants the belt so Nese gets in the ring to scare him. Nese says the same thing that Daivari said to him last week: he could have taken Daivari out, but he didn’t.

Oney Lorcan promises to work harder and earn the Cruiserweight Title one day.

Sumir punches Lee in the face and it’s Sunil coming in for a double suplex as we’re firmly in squash territory here. Hang on though as we need some dancing. Kauffman gets knocked off the apron and it’s something like the Demolition Decapitator for the pin at 1:43.

Post match the Singhs complain about the Lucha House Party ending their undefeated streak last week, but it was more because of the 1.3 billion citizens of India cheering them on. They want a rematch in the future.

Mike and Maria compliment Drake Maverick for barring Kendrick from the main event. Hang on though as Maria is barred as well. Mike isn’t happy with this use of logic but it’s now one on one.

Next week: Jack Gallagher vs. James Drake vs. Mark Andrews vs. Humberto Carrillo.

Gallagher is ready to win the match, when Humberto comes in to say he’ll win instead. Jack says Humberto can try and they shake hands with the tension at a high level.

No DQ. Tozawa wastes no time in taking it to the floor and sending Mike into the set on the stage. The Black Widow on the floor has Kanellis in more trouble but the fall doesn’t count out there. What does count is Kanellis escaping and side slamming Tozawa onto the stage. It’s time for some weapons, including three chairs and a table this time around. Mike sets up a table on the floor, slams Tozawa down, and puts a second table next to the first.

Back in and Tozawa snaps off a hurricanrana to send Mike right back to the floor, but the suicide headbutt is superkicked out of the air. Now it’s time for the chairs with Kanellis setting up two face to face, but after nine reversals in a row, Tozawa hits the suplex to drive Kanellis through the chairs. The Shining Wizard sends Kanellis outside and a whip sends him over the announcers’ table as things are getting more violent.

Tozawa puts a trashcan over Kanellis’ head and hits the suicide headbutt, knocking himself silly in the process. Back in and Tozawa grabs a Samoan driver through a trashcan and they’re both down again. They chop it out with Tozawa hitting the right hand, setting up an exchange of kicks to the face. A snap German suplex gives Tozawa two more as the fans want tables.

Tozawa gets in another German suplex on the apron and now it’s time for the tables. Kanellis rolls off before Tozawa can launch the top rope backsplash and scores with a superkick. That lets Mike go up top but Tozawa pops up and snaps off the super hurricanrana to drive Kanellis through the tables instead. Back in and Tozawa piles the chairs onto him, setting up the top rope backsplash for the pin at 16:05.

Maria and Kendrick come out to check on Mike and Akira respectively to end the show. 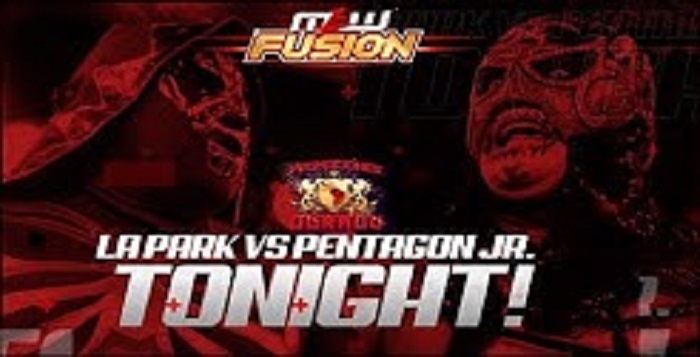 Another One Goes Down. Current Champion Injured, How Bad Is It?