I’m really not sure what to expect around here, but my guess is that the same problems that have been around for years will still be around here. That being said, it would be foolish to expect anything else so all we can ask for is some good action, which has been the case as of late. Let’s get to it.

They’re both on their own. They start fast by running the ropes until a side kick drops Singh. Back up and Singh seems to have injured his shoulder, which is made even worse as Waller grabs an armbar over the ropes. Waller kicks him in the face and we hit the neck crank, with Waller being nice enough to trap the healthy arm. A missed splash gives Singh an opening but that arm is just hanging there. Singh snaps him throat first across the rope and manages a top rope chop to the head. Another attempt is kicked out of the air though and Waller hits a running curb stomp for the pin at 3:26.

Hale and Nese start things off as the fans rather like Hale here. Nese gets taken into the ropes so Hale strikes the double bicep for some head games. Hale takes him down by the arm and grabs a cradle for two. That’s enough to send Nese bailing to the floor as things get a little too complicated. Back in and Hale works on the armbar again and chops Sterling for the tag. That’s enough to send Nese bailing back into the corner as Sterling and Hale don’t seem to be getting along.

Daivari comes in to crank on Sterling’s arm so Sterling flips around a lot and puts on his own armbar. Back up and Daivari pulls Sterling into the corner for the double teaming. That’s broken up in a hurry though and it’s back to Hale as the good guys get in some double teaming. They won’t celebrate because that’s a bit too far, so it’s Hale getting pulled into the corner for Nese’s springboard moonsault.

Daivari grabs the chinlock as the fans are behind Hale again. Sterling doesn’t seem that interested in stretching for a tag from Hale so Nese elbows Hale in the face and grabs a bodyscissors. It’s already back to Daivari but Hale snaps off a powerslam. The double tag brings in Sterling to strike away at Nese and there’s the running flip ax kick for two. A loud chop crumples Nese and Sterling plants him for two. Hale tags himself in and wins a strike off with Nese.

A DDT sets up a Crossface to put Nese in more trouble as everything breaks down. Nese takes Sterling down and kicks Hale in the face, setting up Daivari’s Rock Bottom onto the knees for two. The hammerlock lariat misses though and Hale kicks Daivari in the head for two of his own. Hale loads up a superplex but Sterling tags himself in and uses Hale as a launchpad for a running hurricanrana. Now it’s Hale tagging himself in, which Sterling doesn’t like. The distraction lets Nese knock Sterling to the floor, setting up a Dominator/sliding cutter combination to finish Hale at 15:04.

Hale and Sterling yell at each other to end the show. 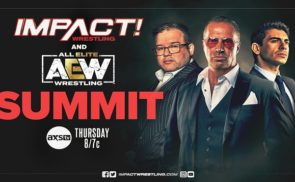 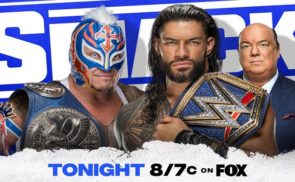