The debut of the newly stocked 205 Live will have to wait another week as it is time for more Breakout Tournament preview matches. Last week’s matches were not exactly thrilling and did not leave me overly excited for the rest. Maybe this week’s can be an improvement, which shouldn’t be that difficult. Let’s get to it.

Briggs is a 6’8 monster and not exactly a cruiserweight. The fans are behind Hale as he gets slammed down without much effort. The smaller Hale can’t drop toehold him but a small package gets a fast two. Briggs is sent outside for a running knee from the apron but he is right back in for a shot to the face. There’s a hard whip into the corner to give Briggs two and a release side slam drops Hale again. A splash gets two and a chinlock has Hale in more trouble.

Hale gets big booted out to the floor but manages some strikes of his own on the way back in. Briggs isn’t having that and boots him in the face, only to miss a knee drop. A kick to the knee and another to the head stagger Briggs, setting up a tornado DDT for two. Hale slaps on a crossface but lets go to try for the leg, earning himself a kick to the face. The top rope double stomp misses though and Briggs blasts him with a clothesline for the pin at 8:38.

Grayson Waller was left out of the Breakout Tournament so he’s ready to fight Odyssey Jones tonight. Waller is going to beat Jones to show that he is the present instead of the future.

Odyssey Jones is ready to show what he can do.

We look at the announcement of the Breakout Tournament field.

Jones is a huge guy at over 400lbs. Waller strikes away to start and gets absolutely nowhere so he’ll try a headlock instead. A hard shoulder drops Waller and another one puts him on the floor. Back in and a big toss sends Waller flying out of the corner but a low bridge puts Jones on the floor. Waller posts him and scores with a kick to the head, followed by a middle rope elbow to the shoulder back inside.

Jones slugs away so Waller grabs a triangle choke over the rope. A guillotine choke doesn’t work either as Jones muscles him up for a suplex. Waller gets in a few more shots before rolling outside for a running start into a rolling Stunner. The middle rope elbow gets two on Jones but another triangle is countered with a powerbomb. A hard ax handle rocks Waller and the World’s Strongest Slam finishes Waller at 7:50. 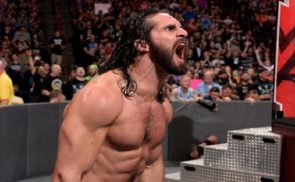 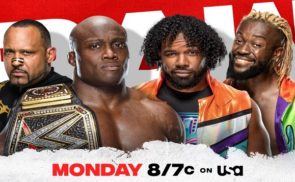