Much like the case was before this show shifted towards an NXT focus, I have run out of ways to talk about this show. It’s going to be something similar every week and that isn’t exactly an inspiring idea. All you can hope for is that the matches aren’t the worst, which can be a hit or miss prospect. Let’s get to it.

Here are Andre Chase and Bodhi Hayward to get things going. Chase talks about how Hayward was about to be tossed off the roof of the Performance Center but Von Wagner backed off. Now we have a TEACHABLE MOMENT, because Andre Chase University is ready to fight back in Hayward’s first match!

Hayward works on a headlock to start but Raaj slips out and grabs a wristlock. A sunset flip gives Hayward two and a delayed slam drops Raaj again. Back up and Raaj kicks at the leg, setting up an abdominal stretch. Hayward breaks that up without much effort though and a rollup out of the corner finishes Raaj at 4:26.

Feeling out process to start until Nile takes it to the mat. The grappling is on, with Feroz actually getting the better of things and grabbing a headlock. Nile can’t get out of trouble, with Feroz even running the corner to take Nile down again. Feroz is finally spun over into a figure four necklock before Nile throws her over into Carmella’s Cone of Silence. The rope is finally grabbed and Feroz is back up with a few takedowns. Nile has had it with her though and grabs the dragon sleeper for the tap at 4:35.

Here is Breakker to get things going. The title looks good around his waist but the fans are split on whether or not he deserves it. Breakker thanks Tommaso Ciampa for being a great champion and a respectable human being. Last week, Ciampa told him it was his time and went over to shake his father’s hand.

We don’t have any days off around here though so if anyone wants some, come get it. Just remember that if you come in to train, he’s already trained. If you’re watching film, he’s already done it, because he’s the freaking NXT Champion. Breakker goes to leave but Santos Escobar comes out for his match, giving us a quick staredown. 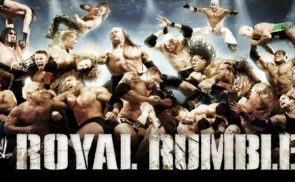