I’m starting to get curious about where things might be heading around here again, as Mansoor is becoming a bit of a star around this place. That might not be the best thing for 205 Live’s future as stars don’t stay here for very long, but at least it could wind up giving the show a bit more exposure. Let’s get to it.

Mansoor’s Main Event wins are now being mentioned. Grey takes him to the mat with a headlock to start and even holds on as they get back up. A cradle gives Mansoor two and an escape, followed by a standing moonsault for the same. Grey is right back with a belly to back faceplant and the chinlock has Mansoor in trouble again. This one is broken up for a kick to the face, followed by a suplex to give Mansoor two.

Mansoor gets his own armbar into another suplex into another armbar. Back up and Mansoor is sent to the floor for a suicide dive from Grey, followed by a running neckbreaker back inside. An Oklahoma roll gives Grey two and Mansoor’s crucifix gets the same as we hit the pinfall reversal sequence. Mansoor kicks him in the face to set up a German suplex to put Grey down again.

Grey’s tornado DDT is blocked but he manages to counter a springboard into a middle rope Russian legsweep for two. Mansoor is right back with a pop up Downward Spiral for his own two. Grey manages to grab So Much Prettier to send Mansoor outside for nine….but Grey doesn’t want to win that way, because he is a schnook. Back in and Mansoor grabs a rollup for the pin at 10:58.

If Parker and Singh lose, Bolly Rise (the rest of which is at ringside) can never team again. Singh and Daivari lock up to start but it’s quickly off to Nese to hammer away. The forearms to the back don’t do much though as Singh snaps off an armdrag into an armbar. Parker comes in to stay on the arm as commentary discusses Bolly Rise merchandise. Singh gets sent into the corner but fights out in a hurry, only to be knocked outside.

Back in and Daivari whips Singh chest first into the buckle and Nese grabs the chinlock. Singh fights up and manages a spinwheel kick, allowing the hot tag to Parker. Everything breaks down and it’s a Gory Bomb to set up Singh’s top rope elbow (McGuinness: “OH YEAH!”) for two. Nese makes the save and Daivari hits the Persian Lion splash for two, with Singh making the save this time. Samir Singh throws in a foreign object to distract Daivari and Sunil grabs a rollup for the pin at 7:55. 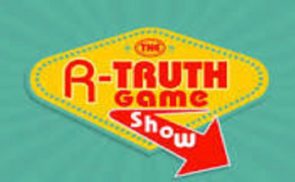 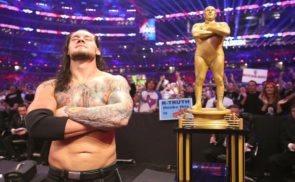