We’re in the post-post-Wrestlemania era now and that means things can start to get back to normal. Last week Austin Aries became the new #1 contender to the Cruiserweight Title but since his win, Cruiserweight Champion Neville has been getting inside TJ Perkins’ head. This could mean a potential change to the title match so let’s get to it.

We open with a recap of Aries vs. Neville, as well as Aries winning last week’s #1 contenders match.

Kendrick works on the arm to start as we hear about Drew Gulak’s quest to get rid of high flying. Graves calls it the WWE equivalent of a mother in law. More arm work frustrates Kendrick out to the apron and things slow down a bit. Ali pops up and moonsaults over Kendrick in the corner before sending Brian outside again.

The first big dive takes Kendrick down and we cut to Gulak watching in the back and getting rather annoyed. Kendrick crawls underneath the ring and pulls Ali’s shoulder into the post to take over for the first time. We hit a seated cobra clutch for a bit before a good looking spinwheel kick drops Brian again.

The rolling neckbreaker gets two and Kendrick charges into a knee in the corner. Brian breaks up the inverted 450 and grabs the Captain’s Hook for….a bell without a submission. The referee says the match isn’t over and we see Akira Tozawa holding the bell up. Kendrick is livid and gets kicked in the head again, setting up the inverted 450 for the pin at 9:14. 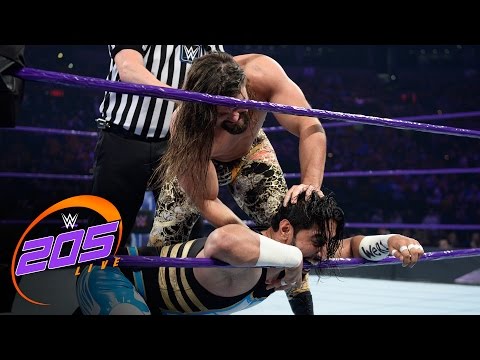 We look back at Neville getting inside Perkins’ head, leading to Perkins defeating Aries on later that night on Raw.

Perkins thinks Neville is right because he’s the hero of the Cruiserweight Classic but can’t get a break around here. Jack Gallagher comes up to say this is poppycock but they’ll have a match later tonight. Perkins doesn’t want to hear it.

Johnny stomps away in the corner to start and shouts a lot in the process. Fans: “WE DON’T KNOW YOU!” Swann shrugs it off and kicks Ocean down, setting up a jumping splash. The Phoenix splash wraps Ocean up at 2:16 and you can hear him tell Swann “thank you so much” during the count. 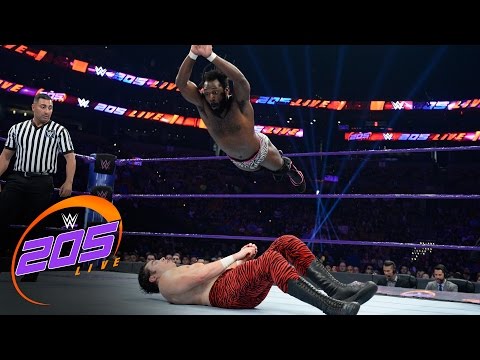 Post match Swann talks about sending presents to Alicia Fox but here’s Noam Dar to interrupt. Swann is LYING about giving her those presents and blows are about to be struck, only to have Fox come out. She believes Dar but she’s seen Swann looking at her. Cue a courier with another present, which Dar says is from him. Fox opens it and is covered with exploding powder.

Aries thinks Neville wants Perkins around as a puppet instead of a friend. It turns out that Aries is a puppet master so he’s capable of dealing with this. Now if you’ll excuse him, he has a banana to finish.

Gallagher goes to his usual bag of tricks early on with the hand walk to escape a headlock, followed by an armbar, complete with a toss of his hair. TJ gets taken to the mat and caught in a headscissors, only to bounce back and forth to escape. That earns him a dropkick to the floor but Perkins runs off before it can be Mary Poppins time.

Back in and Perkins has to pause due to the corner headstand spot but he can grab a DDT on the leg to take over. The leg work begins with Perkins stomping away and wrapping it around the bottom rope. We hit an Indian deathlock, followed by something between a Sharpshooter and a Figure Four.

Unfortunately TJ turns it over and puts Gallagher right in front of the ropes so it’s quickly broken but it did look good while it lasted. Perkins takes him right back to the mat and grabs another leglock, this time while grabbing the arms in a butterfly lock. Gallagher grabs his own foot and pulls it away for the escape before grabbing a modified powerslam for two. With the leg almost completely gone, Jack takes him to the top for a belly to back superplex and one heck of a crash.

TJ rolls outside but gets pulled back inside, only to grab a kneebar. Somehow Gallagher manages to roll over for the rope but goes with a spinning backbreaker onto the bad knee in a bit of a dumb move. The pain sends Gallagher rolling to the floor but he’s able to block the Wrecking Ball and hit one heck of a headbutt for two. Perkins goes off with strikes but gets nailed with another headbutt. There’s just nothing left in the leg though and Gallagher can’t hit the running dropkick. Instead TJ sends him into the post for the knockout before hitting the Devastation Kick for the pin at 15:30. 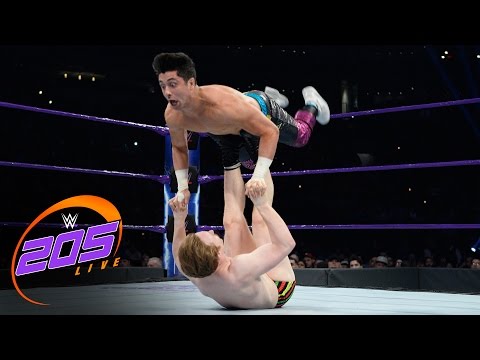 Neville comes out to congratulate Perkins to end the show. 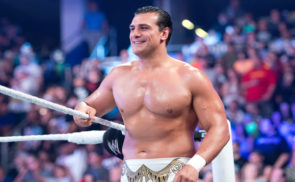 Alberto El Patron Speaks on His Future with “Impact Wrestling” 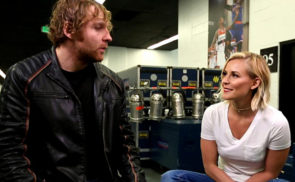